Justin Bieber may not be playing his New York City shows until later this year, but he dropped by the Today show this morning to give his screaming, pint-sized fans a taste of his new album, Believe. His fans have been camped out at Rockefeller Plaza for days, some of them buried under Bieber-branded paraphernalia. This morning, many of them finally broke, and were spotted sobbing during his performance. Justin Bieber: still got it! 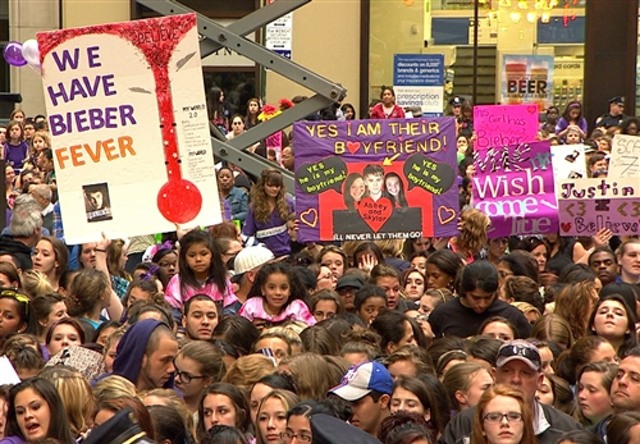 This all probably means that Bieber is in town still, so beware stampeding tweens—they may be small but their Bieber Fever has been known to give them Hulk-like qualities... especially when traveling in groups. 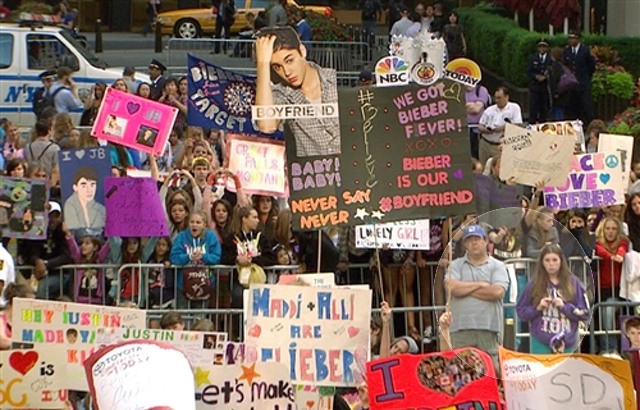 Not EVERYONE has Bieber Fever (Courtesy of the Today Show)

For the older ladies out there, original morning show dreamboat Matt Lauer posted this top photo on his Twitter, which he just activated thanks to the Biebs, who sent out his first messages for him on air today. Tweet Him Maybe?