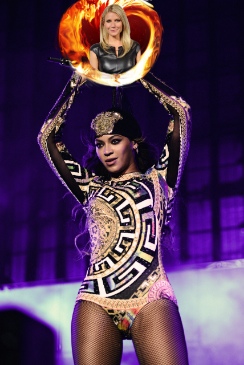 NEW YORK, NY—A cry rang out through Gothamist HQ. It was 12:49 p.m. It'd been nearly 12 days since the last report from the front lines of the Beyonce/Jay Z divorce rumors. It was a Friday.

History will remember this wasn't just any Friday. It was a Friday that would live in infamy: "Exclusive: Beyonce Preparing to Divorce Jay Z: 'She Is Done'" screamed the glossy print magazine. We knew then that nothing would be the same. Nothing could be the same.

We scanned the 276 word article for details. They spilled forth like blood from the Rubicon.

Insiders tell Us the music superstar, 32, has a plan of action in place for if/when she decides to call it quits with her rapper hubby, 44, dad to her 2-year-old daughter, Blue Ivy. One source says "she is done" after their remaining On The Run shows in Paris, France.

We knew things were bad. We knew we shouldn't believe everything we read. But we also recently learned that Beyonce probably didn't even give birth to Blue Ivy because some crazy woman is suing her claiming she was the surrogate. The lack of Beyonce pregnancy photos is like the missing 18 minutes on the Nixon White House tapes. We don't know what to believe anymore.

Still. We were not ready for this jelly.

Things got worse from there:

For more on Beyonce's marriage woes -- including details on her escape plan, her worries about what one source calls Jay Z's "wandering eye," and how she's leaning on newly single pal Gwyneth Paltrow — pick up the new issue of Us Weekly. 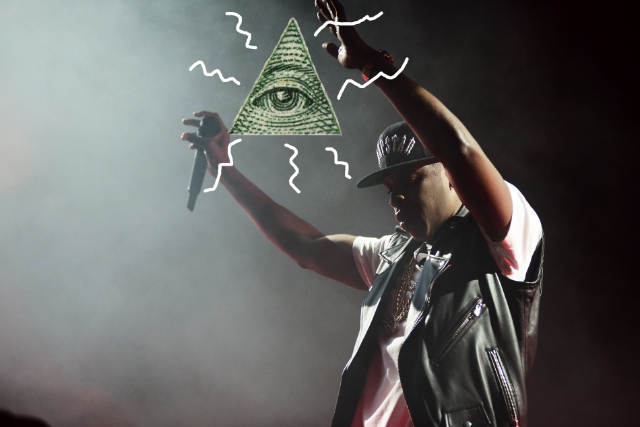 We couldn't decide what was worse: Beyonce consciously taking life advice from President Goop, or the thought of having to spend $4 to read more anonymous quotes about Beyonce's escape plan.

There is no escape from a world in which Beyonce and Jay Z are not crazy in love.

Then we realized there are other crises happening. Duty calls. Cara Delevingne was spotted wearing the same pizza outfit as Katy Perry.

Battles are lost, but the war rages on.