Alec Baldwin On Shia LaBeouf: Theater "Isn't For Everyone"

Yesterday, it was announced that Shia LaBeouf would not be making his Broadway debut in Orphans this spring due to "creative differences" over his role. Of course, "creative differences" seems like a boilerplate excuse, which has led everyone from the Daily News to the NY Post to Vulture to Buzzfeed to speculate on what really happened behind the scenes of the star-studded production. Today we spoke to Alec Baldwin, who will now be starring opposite Ben Foster in the play, about what he thinks happened: Theater "isn't for everyone, and he wanted to move on," Baldwin told us.

Baldwin, who has been dealing all week with a NY Post photographer's allegation that he used a racist epithet during a physical confrontation, compared TV work to the Tour De France ("a grueling long journey"), movie work to jogging ("gotta have a good pace, time is money"), and theater to golf ("slow everything way down, line up every shot"). "There are some people who can do all three of those things," he said. "And then there are some people who can't."

But insiders told the News and Post that the problems ran deeper than that: one source told the News that LeBeouf has clashed with director Daniel Sullivan during the past week and a half of rehearsals (he smashed his hand through a door at one point, then apologized to Sullivan), and that he treated the role like he was an action star on a movie set. A source told the Post a similar thing, noting LaBeouf “was fired because he wasn’t good in the role.” When the News and Post can agree on something, you know things are really weird. 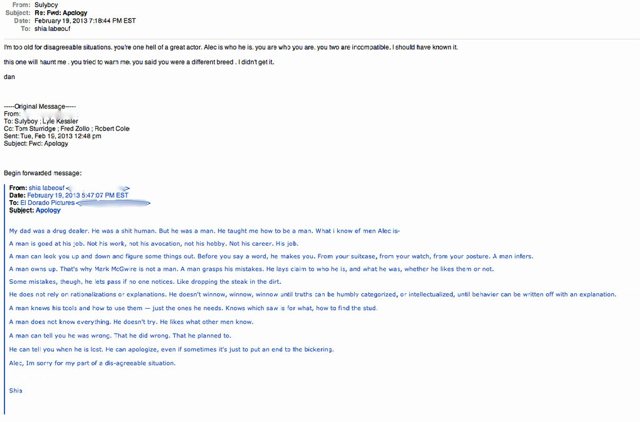 As Gawker pointed out: "It soon became apparent that LaBeouf's "confessional" tweets were less about being humble and more about humblebragging." 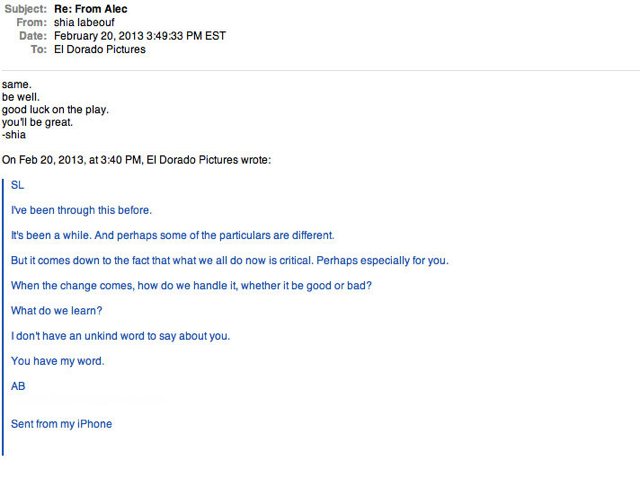 "I found his posting private emails to be odd," Baldwin said of that. "Everyone involved feels odd about that." But he was more conciliatory about LaBeouf and the nature of theater work: "This doesn't happen often, but it does happen. People being replaced in the cast of these ventures happens because they're wrong for the part, or exhibiting signs they don't want to be there. Sometimes people take a job and then they realize, 'Oh god, what have I gotten myself into?'"

"I don't know what his thinking is, what went on there," he concluded. "I just know at some point, everybody decided he wanted to go."

#alec baldwin
#broadway
#orphans
#Shia LaBeouf
#theater
#original
Do you know the scoop? Comment below or Send us a Tip