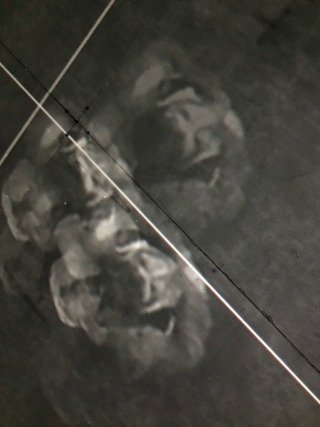 An immersive new exhibition exploring public space and mass surveillance is coming to the Park Avenue Armory—and much like its subject, it's difficult to tell when exactly the experience begins, and when it ends. The disconcerting feeling that you're being watched kicks in at the Lexington Avenue entrance of the Armory, as a sign reading "What does a suspicious text look like?" leads into a dark corridor. A low hum can be heard from the hallway, which eventually opens up to a vast space, also dark, with dozens of drones flying overhead. As the unmanned vehicles hover only a few feet above eye level, you'll notice a subtle white light following your every step, projecting your image in infrared onto the floor. Those images linger for about ten seconds, forming a slowly disappearing trail obscured by shadows from passing drones.

This is part one of Hansel & Gretel, a new installation from Chinese dissident artist Ai Weiwei and architects Jacques Herzog and Pierre de Meuron. The three of them previously collaborated on the Bird's Nest stadium at the Beijing 2008 Olympics, and since 2006, Herzog and de Meuron have spearheaded the $215 million renovation of the Armory. Weiwei, meanwhile, began the project while trapped in China, after his repeated criticism of the Communist Party landed him in the crosshairs of its sprawling surveillance state.

This flipside of surveillance is the focus of the installation's second part, which requires stepping back into the streets of Manhattan and ascending the stairs to the Park Avenue entrance of the armory. In this main entrance, a large projector displays a live feed of the cave-like hall. Dozens of iPads offer alternative viewing options—Entrance, Tunnel, Exit, Part 2 Entrance, Infrared Cameras, Drones—along with a timeline tracing the history of surveillance, from the origins of fingerprinting to the recent rise of anti-drone fashion designed to thwart thermal-imaging technology. A third menu option shares facts about drone strikes—civilians killed: 739 to 1407—and makes note of how unreliable those figures tend to be. 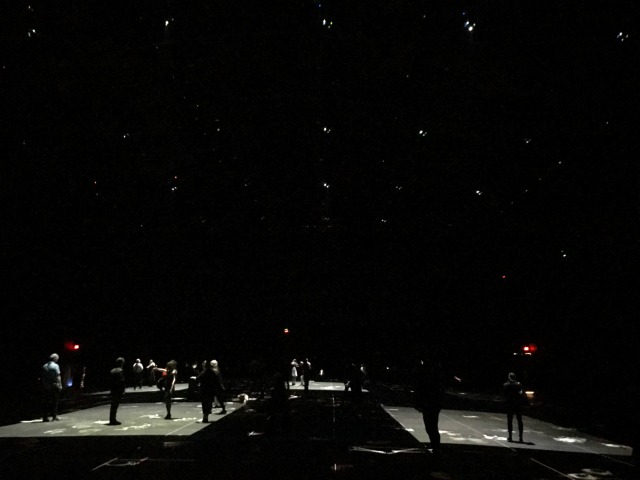 The observing room is intended to facilitate a "forum for visitors to discuss the ethics and societal impact of the growing culture of surveillance." This doesn't really happen at my table, where most of us are focused on using the iPad's facial recognition tool to find our drone photos taken in the previous hall. Still, by the time we slowly filter out of the hidden camera-laden armory and into the city streets, that feeling of being watched—and that we really ought to be talking more about the ethical dimensions of this stuff—has only grown more striking.