Nitehawk Cinema has revealed more details about its plans for its second location at the Pavilion Theater in Park Slope, which will soon be known as Nitehawk Prospect Park. Nitehawk founder and owner Matthew Viragh says, "Park Slope can expect the same dine-in concept as Nitehawk Williamsburg, same vibe and diverse mix of repertory and first-run programming, including more family-friending programming. The size of the venue will also allow for quality Hollywood blockbuster first-run films as well as independent films."

Nitehawk will be renting the 1928 Art Deco theater at the corner of Prospect Park West and 15th Street, now that developers have abandoned an idea to turn it into condos and sold it for $28 million last month. The Pavilion will close by the end of October, a Nitehawk spokesperson told us, and then renovations will begin.

Nitehawk anticipates 12 months of renovations, which means the new theater will open in late 2017. 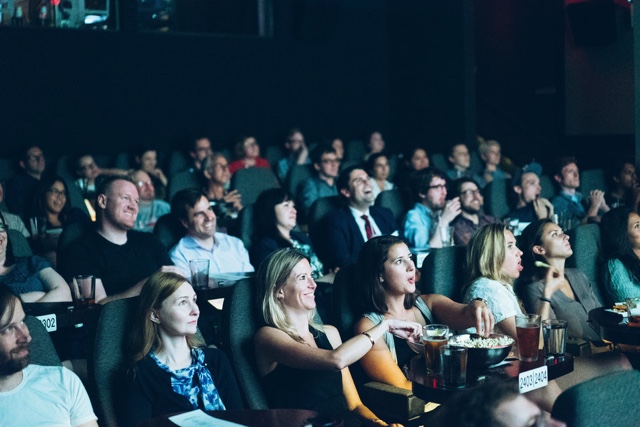 The exterior of the Pavilion is landmarked (it used to be a single-screen theater called the Sanders) and Think Architecture will be designing the space, which will undergo a $10 million renovation. A Nitehawk spokesperson says the plans include "upgrading the building systems and modernizing the space including adding elevators, cosmetically refurbishing the public areas, bathrooms, adding new theater seats."

Viragh emphasized that they'll continue to be "very judicious" in their programming. "Brooklyn will always be home for Nitehawk: the majority of our staff and customers live here and we love showcasing all things local whether it’s filmmakers or food purveyors or breweries," he said. "We always knew if we expanded it would be within Brooklyn. The timing has worked out and we’re happy that in the process, we can also preserve a beloved piece of the community."

#brooklyn
#nitehawk cinema
#nitehawk prospect park
#pavilion theater
Do you know the scoop? Comment below or Send us a Tip