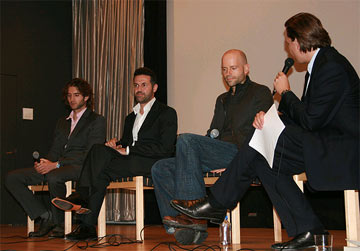 Recently we sent Katie Dickinson to an advanced screening of “The Kite Runner” hosted by the New York Public Library’s Young Lions Club. The screening was followed by a Q&A session featuring director Marc Forster, screenwriter David Benioff and author Khaled Hosseini. Here's what she reported back:

Spanning two continents and three decades, the novel "The Kite Runner" tells the story of Amir, an immigrant from Afghanistan, and how a childhood friendship with his servant, Hassan, impacted his life. Amir’s narrative begins with his childhood in Afghanistan during the mid 1970s -- when he meets Hassan, a true, unwavering friend. One of the most important activities that Amir and Hassan shared as children in Kabul was the art of Kite Fighting, where the two would team up to successfully take down the competition. Unfortunately, it is during one of these tournaments that Amir witnessed Hassan become the victim of an unspeakable act that would lead to him betraying his most loyal friend. In the decades following this incident Amir, along with his father, escapes an increasingly hostile Afghanistan to start a life in the United States; however, the betrayal of Hassan still haunts him frequently.

As a film adaptation, “The Kite Runner” is a triumph. Those who have read the novel will discover an adaptation that is not only faithful to Khaled Hosseini’s text, but also a carefully chosen cast that brings each of the characters to life. So many of the films based on novels beloved by many fail because either the studio wants to add new content, or the author of the original work wants nothing to do with a movie being made. This, however, was very different in the fact that screenwriter David Benioff and Khaled Hosseini were in frequent communication over the script. During the Q&A, David joked that he and Khaled had a “beautiful email relationship," which helped with the adaptation. That, along with director Marc Forster's vision of the film, created the perfect symbiosis. 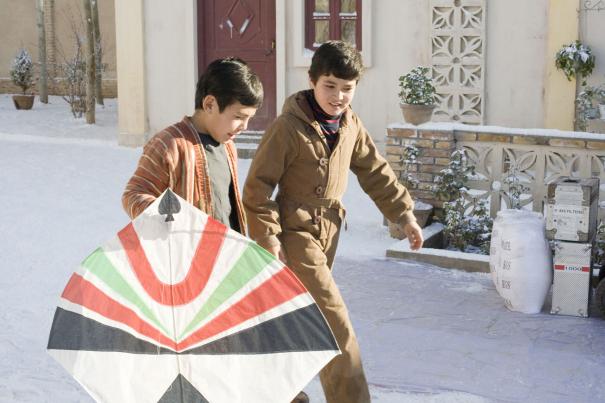 Outside of this working relationship, the trio faced many obstacles in the making of the film. Studios initially wanted nothing to do with Marc Forster’s vision and aimed to make The Kite Runner a full English film with well known actors such as Ben Kingsley and Keanu Reeves (Khaled chuckled at the thought of Keanu playing Amir, and rightfully so). Forster had to convince the studio that making a film about a family in Afghanistan speaking full English was absurd, and that the cast he envisioned was more appropriate for the story.

Meanwhile, David Benioff wanted to create a script that stayed true to the novel with one major departure: no narration by Amir. His idea was to capture the emotions of the narrator through image. After fourteen drafts, the script was ready for production. When Khaled was asked about any reservations he had about the adaptation of his novel, he admitted to some anxiety, but he walked out the first meeting feeling that they would be true to his work. Khaled is very proud of Marc and David’s accomplishment, commenting that it is a “beautiful film”.

“The Kite Runner” arrives in limited release on December 14th.