Around the time we published our 4th piece on Mandarin Patinkin, the magnificent Mandarin duck that turned up in Central Park and captivated the city, Paul Sweet from the American Museum of Natural History's Department of Ornithology fired off a few tweets about how this duck wasn't really a big deal. Some may think a duck bringing such simple joy to New Yorkers is a nice thing, but Sweet has some more complex thoughts. Read his take below. 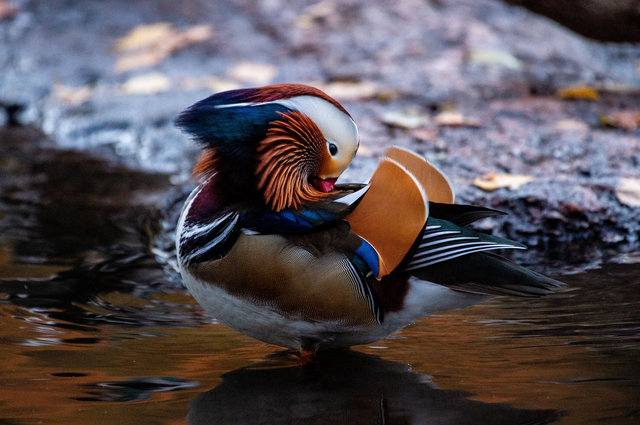 Unless you have been living under a rock, you will have heard about Central Park’s Mandarin Duck. A lot of people have been asking me about this “hot bird” and are surprised by my lack of excitement. For the record, let me explain. Firstly, I get it, drake Mandarins are gorgeous, no dispute on that, and I’m not criticizing the people who want to see it. However, the black cable tie on its right tarsus clearly mark it as an escapee. Call me a bird snob, but I really don’t understand why seeing this bird on a pond in Central Park is any different to seeing one in the nearby zoo? In British birder parlance, this is a “plastic” duck, an escaped pet, one that can be bought online. It is not a rare bird or a first record or anything of that nature, so to me, of zero ornithological interest.

People have also asked about the prospects for this lonely drake. He will probably be fine until the ponds in Central Park freeze over, but after that, who knows? Clearly, he can fly, having been found on various water bodies in the park, as well as at the 79th Street Boat Basin on the Hudson, so perhaps he will move out of Manhattan to find open water. But he should beware, as he would be an easy mark for one of our local Peregrine Falcons or “Duck Hawks.” [Editor's note: the duck has not been seen since last week.]

Now for the important part. Exotic species are generally bad for native species. In this case a single drake will not do too much damage, but look at Starlings, House Sparrows or Mute Swans in New York, all these introduced birds have negative impacts on indigenous species. What if Mandarins became established, and hybridized with, or out competed native Wood Ducks for nest holes? This is not a far-fetched scenario. For example, introduced American Ruddy Ducks in Europe are a threat to the rare White-headed Duck, and Mallards hybridize with Grey Ducks on Pacific Islands. Situations like these are a nightmare for conservationists who may need to resort to killing the invasive species to save the endangered native species. 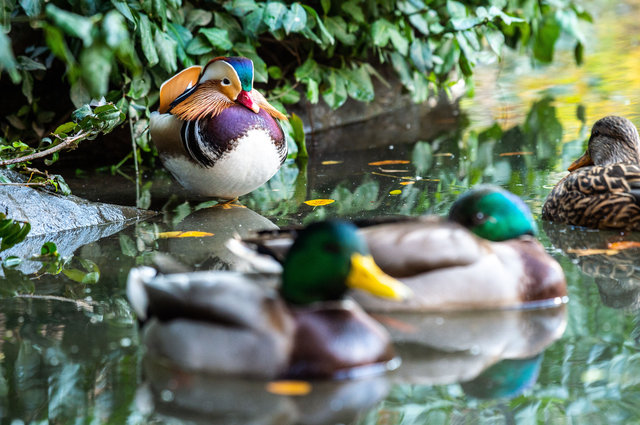 Finally, although Mr. Mandarin is undoubtedly sexy, why not branch out? There are so many stunning native birds in Central Park right now that also deserve attention—take a look at a drake Wood Duck or Hooded Merganser. For me a possible positive of duck mania is that this flamboyant fowl may be the spark that gets someone into birding once his fifteen minutes of fame are over. Or maybe he will just become the next Pizza Rat or Taco Squirrel.