Act Now And Grab Your Christmas Tree In Astor Place!

It's September 14th and you can now officially buy an artificial Christmas tree at the Kmart in Astor Place (the city's #1 Kmart, according to Yelp!). They run from $87.29 to $299.99 and come in all sorts of styles, like Marywood Pine and Montana Fir. A manager confirmed that at least one person has purchased a tree since the "Christmas Shop," which also features lights and other holiday merchandise, went up two days ago.

"I think just about any store is getting ready to put up Halloween and Christmas stuff," the manager added, triggering the delicate sensibilities of people with strong opinions about how and when other people should celebrate holidays.

Previous Gothamist grinches have helpfully pointed out that Christmas is actually in December, and therefore, "If you try to start Christmas in September, you're throwing off the entire holiday calendar." But what this blog presupposes is, so what? As long as we're not subjecting retail workers to three months of that Mariah Carey soundtrack (the Kmart manager confirmed that Christmas music won't start for awhile), then I don't see what the big deal is.

In fact, I think it's time we stand up to the tyrants of seasonal decorum, because Christmas is great and having a tree in the house apparently staves off loneliness, and you really shouldn't be shaming anyone about their tree preferences to begin with. This was the entire plot of A Charlie Brown Christmas, a movie which you should feel free to watch at any point throughout the year. You're welcome. Also, the manufactured hysteria about throwing off the calendar is pretty much moot at this point, considering most of us have started perceiving time all wrong anyway.

Meanwhile, Tanya Seeman, the tipster who first alerted EV Grieve to the trees, has a counterpoint to my Christmas anarchy time-is-a-flat-circle pitch.

"Oh, I think it's kind of bad," she told Gothamist. "I think we have to allow each season to play out. For example, right now it's back-to-school. Then comes Halloween, then Thanksgiving, then Christmas. Do you know that last year Kmart started marking down the Halloween candy 2 days before Halloween? Like for them, the season was so over."

That's weird, sure, but the existence of cheap Halloween candy only seems to reinforce my argument, no?

Anyway, only 103 days left until Christmas. Who's excited? 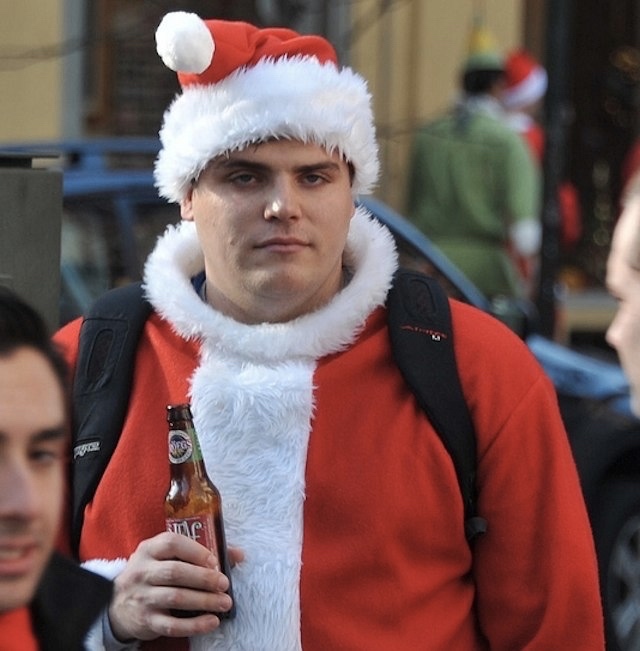 #astor place
#christmas
#kmart
Do you know the scoop? Comment below or Send us a Tip