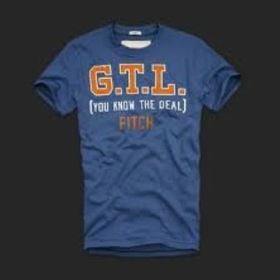 A day after Abercrombie & Fitch thrust their sweatpants into the public eye by jokingly asking The Situation not to wear their clothes, the retailer's stock hit a new low, falling a whopping nine percent (natch, it's doing worse today). But at least MTV was into it!

"It's a clever PR stunt, and we'd love to work with them on other ways they can leverage Jersey Shore to reach the largest youth audience on television," MTV wrote in a statement to AdWeek. The MTV blog went further, writing:

We hate to add to the avalanche of publicity that A&F is currently eating up at the expense of our innocent reality TV icons (who declined to comment because they were too busy getting more famous)—mostly because that was the whole point of this shenanigan, wasn't it?—but we're all family here at MTV, and no one messes with our "Situation."...Mike, you look better naked anyway.

The Situation himself has been tweeting about the situation intermittently, though Pauly D has been more pointed, tweeting "Hmmm if They Don't Want Us To Wear Those Clothes Why Make GTL Shirts #yourPRsux." Which actually makes Pauly D look like the smartest guy in the room—bravo.

And while the whole Abercrombie & Sitch hullabaloo is mildly amusing, it's sad to see how far the outfitter that once clad Ernest Hemingway has fallen. The bell tolls for Abercrombie, indeed.

#abercrombie &amp; fitch
#advertising
#clothing
#fashion
#jersey shore
#The Situation
Do you know the scoop? Comment below or Send us a Tip