Ever see a glitch in the system that is New York City and wonder if you're living in the Matrix? Or notice something so unusual while traversing the five boroughs that it's kind of like spotting a NYC unicorn? An orange subway seat in a row of blue subway seats, for example, or those yellow footprints still left over on the C train. There's something endearing about these otherwise mundane oddities that only New Yorkers would notice, and we wanted to honor them with a NYC Bingo Card. 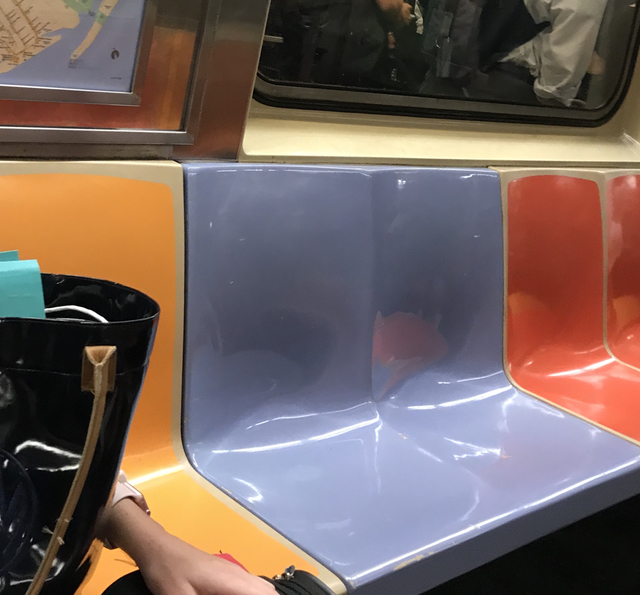 Brooklyn based artist and illustrator Sarah Butler masterfully designed our card, which features some of these idiosyncrasies—a lot of these items are things we’ve covered in the past, like typos in MTA signage, mysterious nitrogen tanks on the sidewalk, and bodega cats. Others are things that may frustrate New Yorkers, like cars blocking the bike lane, manspreading on the subway, and waiting forever on the C train as a seemingly endless parade of As and Es strut through the station.

And then there's Michael Shannon.

Why Michael Shannon? A few years ago a friend of mine, Lindsay Robertson, said, “I think maybe Michael Shannon is just standing on West Village corners smoking during the golden hour every night to make NYC better.” It really stuck with me, and I like to think that Michael Shannon on a street corner is a constant in NYC. He's also spotted on the subway fairly regularly. And he's a phenomenal actor who enhances every movie he pops up in. Bad Lieutenant: Port of Call New Orleans? Great flick.

So what now? Print out the bingo card (here's a hi-res version) and see what you find out there. We’ll be using the hashtag #NYCBingo, so tweet or Instagram @Gothamist with that hashtag and a photo of what you spot.

#nyc bingo
#gothamist bingo
#bingo
#original
#nyc unicorns
Do you know the scoop? Comment below or Send us a Tip