Belvy Klein and Aaron Broudo have their work cut out for them. The co-founders of Brooklyn Night Bazaar are re-opening their after-dark flea market/concert hall/funhouse inside Polonaise Terrace, a sprawling Greenpoint banquet hall that's been vacant since 2013. The Terrace, located on Greenpoint Avenue near the corner of Manhattan Ave, is a 15,000 square foot labyrinth of kitsch replete with mirrored rooms, multiple stages, and wall-to-wall patterned carpeting. Right now, it's also a mess.

"We really think we walked into something special, here," Klein said Tuesday as he stood under a massive hole in the ceiling. Until it shut down, the Polonaise Terrace was a fully-functioning party destination that hosted weddings, sweet 16s, prom dances. It looked like this. When Klein and Broudo first looked at it as a possible new location for the Night Bazaar, it was in mint condition. "We said 'This is awesome, we don't have to do a fucking thing!'" Klein remembered. "Everything was immaculate. That’s what we thought we were getting into.”

But by the time the deal was finalized, the building's owners had gutted the space. A dozen crystal chandeliers were gone, supposedly auctioned for almost $25,000 each. On every level, the Terrace's ceiling is a mess of exposed rafters and dusty wiring.

But they're undeterred. Klein and Broudo have been seeking a new space for Brooklyn Night Bazaar ever since rent at their 23,000-square-foot warehouse home on Banker Street was drastically raised, then leased to BMW MINI. And while their old home is now being transformed into an enormous new restaurant / retail design store / co-working space, the new Polonaise Terrace building will feature a Night Bazaar much weirder than its predecessor. "This still has so much character. The fact that they left the mirrors in is awesome for what we do." 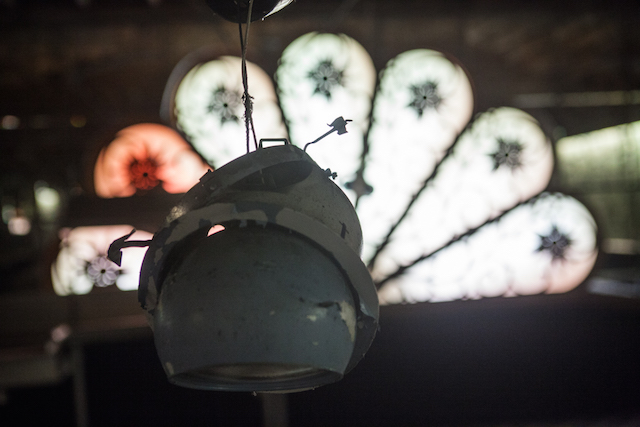 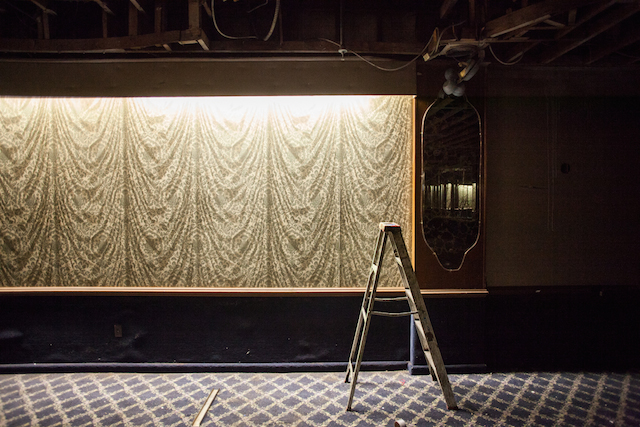 “We always go into spaces and have to make them our own," Klein continued. "There’s always been a unique design concept. But in here, the bones are already pretty fucking cool and we’d be idiots not to embrace it. When you walk in it’s like The Shining meets Scarface."

When it re-opens in August, the new Bazaar will feature four bars spread out across all three levels of the Terrace. The top floor will house a music venue with capacity for 300 that will host ticketed shows on weeknights when the old Bazaar had been dark. Arcade games, ping-pong, a full mini-golf course, and private karaoke rooms inside fully-mirrored rooms that once served as bridal suites will all be tucked downstairs, along with permanent bathrooms boasting modern plumbing—a first for Night Bazaar. "We're really coming up in the world," Broudo joked.

The new Night Bazaar's street level will feature over 30 vendors selling vintage goods, indie art, and old records, just as it was on Banker Street. After a few walls are knocked down, a full-menu restaurant and bar will greet partiers near the entrance, and Klein and Broudo plan to keep it open seven days a week. The same will go for the downstairs area of games and karaoke. This means, if all goes according to plan, locals between the ages of 21 and 50 who like cheap beer and listen to punk rock but can also correctly pronounce the word "oeuvre" will never have a reason to go outdoors again. 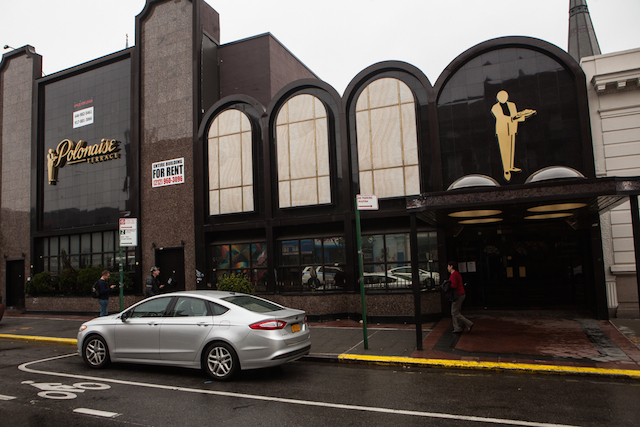 Klein and Broudo began looking for a new Night Bazaar space as soon as their Banker Street eviction notice arrived, and claim to have seen over 50 different venues across Brooklyn. In that same time, they kept busy with parties and concerts at the summer-only Riis Park Beach Bazaar in the Rockaways (which is also coming back for 2016). They have high hopes for Polonaise Terrace and what the borderline-eerie space can lend to their grown-up-county-fair vibe, but they're also wary of history repeating itself.

"It’s still New York City and there’s always somebody who’s bigger than you and loaded to the hilt," Klein said. "You can fight back, but they usually get what they want. Having said that, I think we’re in a much better place this time than we were at Banker, but in a few years, who knows?”

#brooklyn night bazaar
#Polonaise Terrace
#original
Do you know the scoop? Comment below or Send us a Tip