A Guide To This Year's Best Historic Ghost Tours

We all know that one kid who got really into Jack the Ripper factoids in junior high, was obsessed with Sweeney Todd, and did seances a la Gaby Hoffmann in (the 1995 cult classic) Now and Then. Maybe that kid was you (and may or may not have been me). In honor of Halloween, feed your inner history buff and your paranormal geek at the same time with one (or several) of these spooky local history tours. 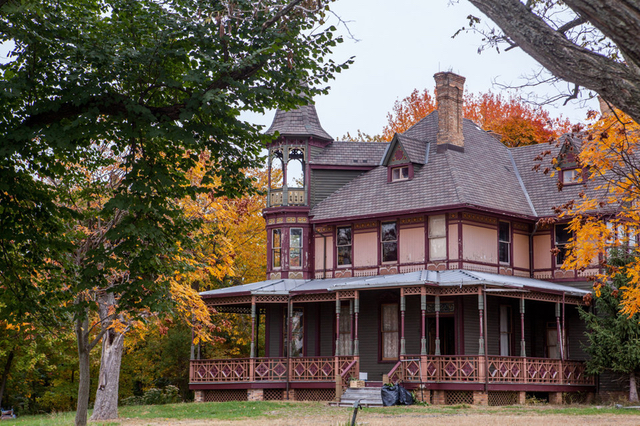 Ghost Hunts at the Kreischer Mansion: Explore the Kreischer family home, rumored to be one of the most haunted places in New York. One of the Kreischer heirs committed suicide after a tragic fire destroyed the family’s factory, and his surviving brother repeatedly attempted to contact him via seance. In 2005, the house was the site of a grisly mob murder. Reports of apparitions, disembodied voices, and slamming doors abound. Tours run October 20 & 21 and November 3 and 4. If you're too scared to go yourself, check out our video here.

Candlelight Ghost Tours at Merchant’s House Museum: Seven members of the Tredwell family died in the Merchant's House Museum, which was built in 1832 and is now a National Historic Landmark. Numerous ghost sightings have been reported over the years, and for the next two weekends the museum will host candlelight ghost tours of the house, including the spooky 4th floor servants' quarters. Advance reservations are strongly recommended. If you can’t make a tour but still want to indulge a macabre Victorian fetish, you can still explore the museum’s current exhibition on 19th century funeral traditions, “Truly We Live in a Dying World:” A 19th Century Home in Mourning, which runs now through October 30th. The exhibition is included in general admission. 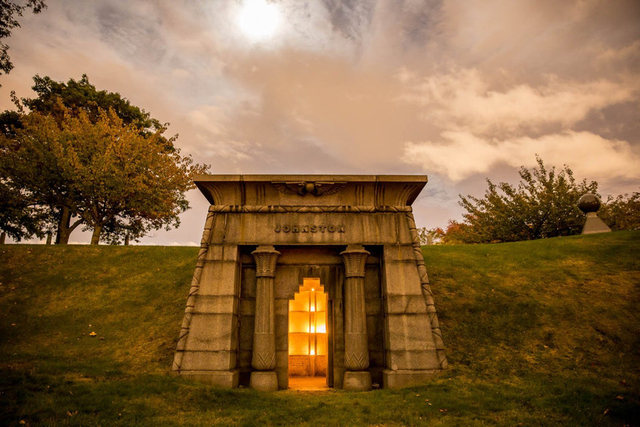 Green-Wood Cemetery: Murder & Mayhem, Scandal & Spiritualism tour with Boroughs of the Dead: Traipse around the Victorian graves of Green-Wood Cemetery and hear about the lives, loves, and losses of its storied "inhabitants" with a creepy historic tour from Boroughs of the Dead. The 2-hour walking tour promises insight into the "femmes fatales, revolutionaries, spiritualists, gangsters, artists and murderers" buried there. The walk covers one mile and meets rain or shine at the cemetery's main gates.

Island of Lost Souls: A History of Madness and Medicine on Roosevelt Island: If the medical macabre is your jam, check out another spooky offering from Boroughs of the Dead: a 2-hour tour of historic Roosevelt island institutions, including a smallpox hospital, an asylum, an almshouse, and a penitentiary. The tour promises to explore not only the history of these neo-Gothic buildings but also the urban folklore surrounding them. Tours meet at the first entrance gate to Four Freedoms Park. 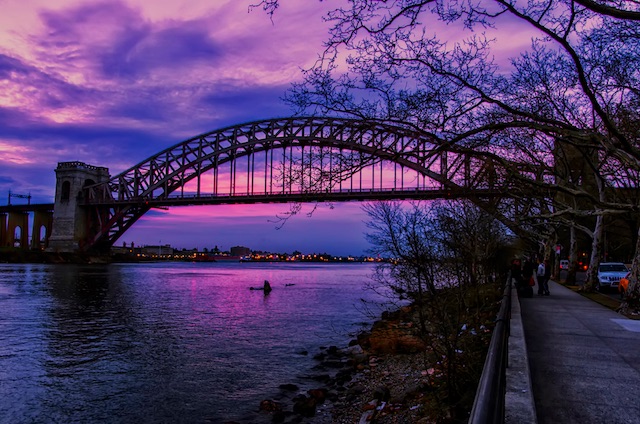 Hell Gate Halloween Tour with the Greater Astoria Historical Society: This walk meets under the Hell Gate Bridge and winds along the Astoria waterfront. Tour guide Richard Melnick promises the story of the Hell Gate Kid and other chilling tales from East River history. The tour lasts two and half hours, and ends at Socrates Sculpture Park.

The Edgar Allan Poe Cottage: Courtesy of the Bronx County Historical Society, denizens of the Bronx can check out the Edgar Allan Poe Cottage, where the poet spent the last years of his life. The cottage is open Thursday through Sunday throughout the year, but group and school tours can be booked on Mondays, by appointment. Visitors can also take an audio tour to learn about the history of the cottage, which was built circa 1812 and is listed on the National Register of Historic Places as a New York City and State landmark.

Thursday through Sunday throughout the year // The Edgar Allan Poe Cottage, 2640 Grand Concourse at East Kingsbridge Road, The Bronx // Tickets $5 for adults, $3 for students, children, and seniors, The Bronx County Historical Society 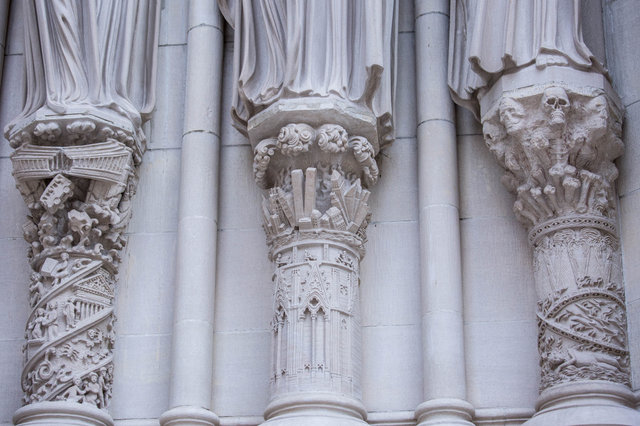 Check out the apocalypse while you're there. (Photo by Scott Lynch / Gothamist)

Crypt Crawls: Spotlight on Halloween, Cathedral Church of St. John the Divine: Hang out in an an honest-to-goodness crypt, hear stories about the origins of the Celtic New Year, and learn about the lives of the entombed notables. Crypt Crawls features all that, and evening screenings of The Phantom of the Opera (1925), complete with live organ accompaniment. Check out the apocalyptic scene outside, too.

#ghost tours
#ghosts
#halloween
#original
Do you know the scoop? Comment below or Send us a Tip