A Guide To The Best NYC Staycations

If you've got a few leftover vacation days but no cash for a plane ticket, it's worth spending some time playing tourist in this fair city—after all, think of all the places you totally mean to visit on your days off but never get around to because all of It's Always Sunny in Philadelphia is on Netflix. Here are a few of our favorite staycation activities around town; as always, leave yours in the comments. 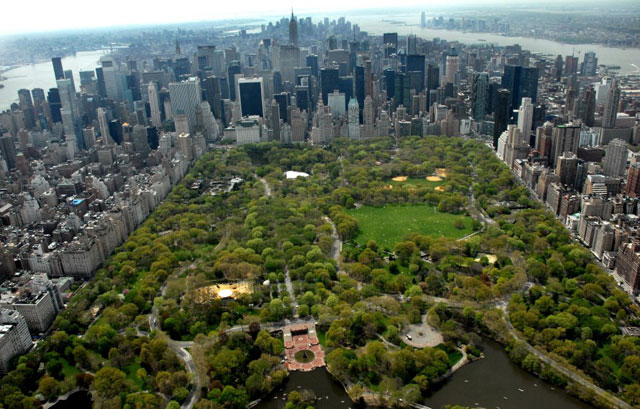 CENTRAL PARK: Yes, Central Park is always here, particularly if you live in mid-to-Upper Manhattan, and it's not half as exotic as, say, the Jamaica Bay Wildlife Refuge or the still-illicit Fresh Kills Park. But it's an 843-acre masterpiece, boasting everything from a castle to a carousel to a 106-acre reservoir.

There are so much to explore in the park, like the bird-filled Turtle Pond, the ever-peaceful Shakespeare Garden, and this weird rock. One fun activity is to attempt a statue tour of he entire park, which boasts a total of 29 sculptures—there are the famous ones of Balto and Alice in Wonderland, but there are also statues and fountains dedicated to Secret Garden author Frances Hodgson Burnett, Fredrick Douglass and Duke Ellington, along with several works depicting William Shakespeare and his characters.

You can also bird-watch along the Ramble, ice-skate at Wollman Park or Lasser Rink, run along the roadway, re-enact Godspell in the Bethesda Fountain, and dodge tourists at Strawberry Fields all day long, all (save for the skating rinks) for the price of a subway ride. 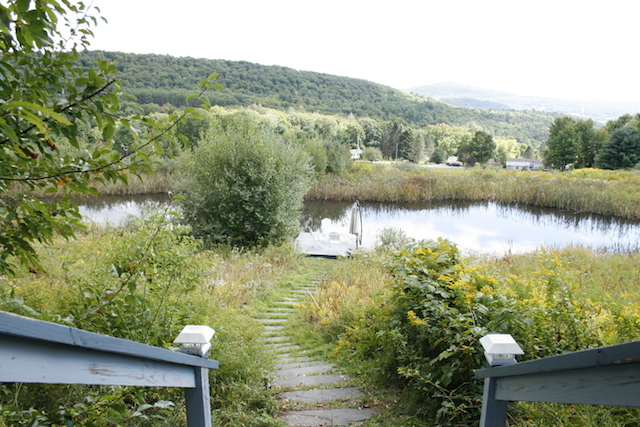 GRAHAMSVILLE: Too much time spent in the city will slowly erode your grasp on reality. Fail to get out for a breath of fresh air, and before you know it, you're Travis Bickle faster than you can say "shitheel." The answer to preserving your sanity is Grahamsville, New York. Located at the base of the Catskills, Grahamsville offers you the chance to escape the demands of city life by leaving you with no other choice.

The town of Neversink, in which Grahamsville is located, is known for not selling alcohol, which is fine: It's not like it has anything else, either. Instead, spend your time kayaking the Neversink Reservoir, or hiking to the Red Hill Fire Tower or Giant's Ledge. Howl at the moon, throw your phone into a pond, or at least put it in a drawer. Look around—how many piles of trash can you see? The answer is zero. Those are called "plants."

If you want to camp, check out the Neversink River Camp Grounds, or grab a crew and rent out the lovely but still-affordable Brackman Farm. Whatever you do, just make sure you get the hell out of here. You're only as healthy as you feel. (Lauren Evans) 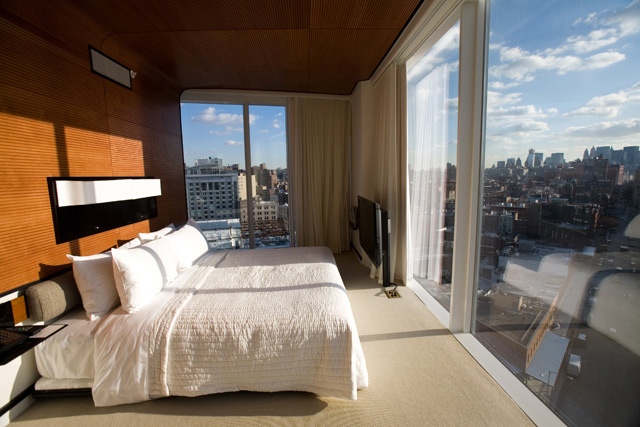 VISIT MANHATTAN'S EXOTIC SOUTHWEST TERRITORIES: The Standard High Line, one of the coolest hotels in NYC, is not cheap—this time of year rates are starting in the $600 range and soaring upward from there. But earlier this year the Standard Hotels launched a new last-minute reservation app, "One Night Standard," which lets you book a room at a steep discount for the same night, starting at 3 p.m. This is ideal for the spontaneous staycationer—in May I scored a room for $99 with a spectacular view of the Hudson River and the new Whitney Museum, which recently opened just south of the Standard. (Yesterday I tried the app and had the option of renting a room for $125, which is really not bad at all.) Here's the view from my room last time: 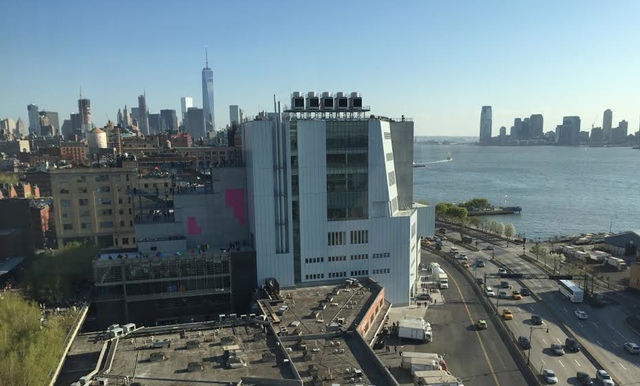 The rooms are small, but they have big bathtubs that can fit two friendly adults and giant, floor-to-ceiling windows that make you feel like the entire skyline is your hotel room. (I suggest buying some snacks at Chelsea Market and having a picnic in your room in front of the windows.) The stunning lounge at the Top of the Standard is one of my favorite rooms in NYC—it's exclusive at night, but if you go up there before sunset you can usually stick around as late as you want. There is also the dancing hotspot Le Bain up there, and a beer garden and restaurant (The Standard Grill) on the ground floor.

The hotel's location, straddling the High Line in a perpetual post-modern lapdance (h/t Joey Arak), is ideal for a staycation—for one magical night you can party in the Meatpacking District like you're a person who parties in the Meatpacking District, and during the day you can explore the new Whitney, or take a stroll on the High Line to the galleries in Chelsea, or go for a bike ride on the Hudson River Greenway, or wander south for mini-golf on Pier 25, followed by drinks on the floating Grand Banks. If you reside in an "outer borough," the far west side of Manhattan can sometimes feel like another world. Go exploring! Bring your passport credit card! (John Del Signore) 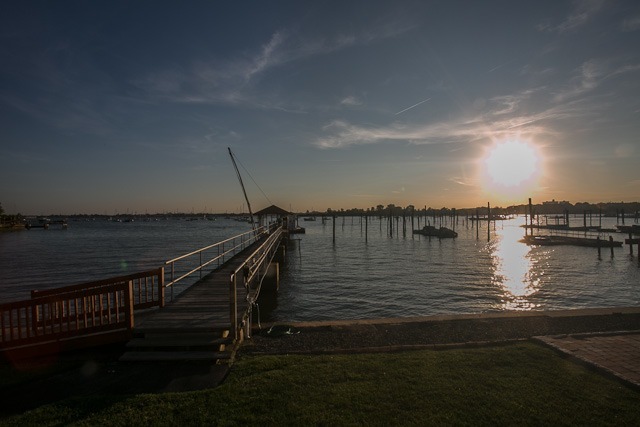 CITY ISLAND: This little island located at the very western end of the Long Island Sound is technically part of the Bronx, though getting there requires a number of subway transfers and a bus (you can also bike or drive). Once you've made it up there, though, there are a wealth of activities at hand, many of which involve eating and/or trying to convince locals to let you hang out on their private beaches.

Though City Island's official borders mark it in Yankees territory, it's remarkably akin to a tiny New Island town, both in terms of architecture and jargon—people born here are even called "clamdiggers," which is nomenclature more commonly found in Maine than within cab distance of the 4 train. But the most New England-esque thing about this spot is its cuisine—City Island boasts some truly excellent seafood, with restaurants like The Black Whale and City Island Losbter House specializing in crustaceans and mollusks a-plenty.

Once you've stuffed yourself with lobster, wander down City Island Avenue for some antiquing, and if you're there on a Saturday or Sunday, stop by the City Island Nautical Museum to check out some fascinating maritime artifacts. 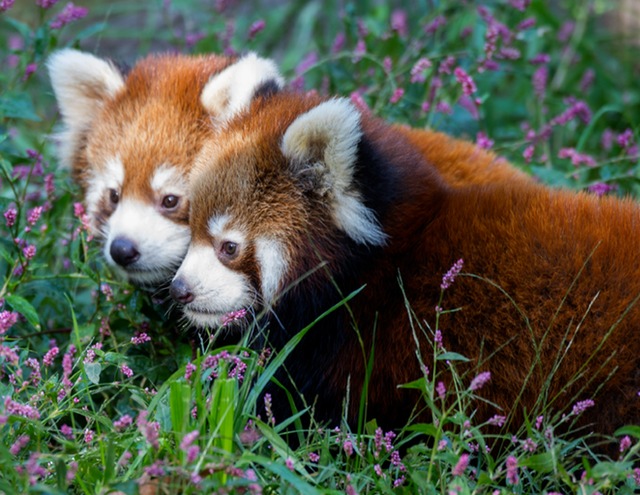 ARTHUR AVENUE / NEW YORK BOTANICAL GARDEN / THE BRONX ZOO: Little Italy can be a depressing place; hang around there long enough and you could be convinced that all that’s left of New York’s Italian heritage is gloppy tiramisu and tricolor T-shirts. Thankfully, the Bronx's Arthur Avenue still offers a dose of regional Italian reality. The legendary strip is best explored by dipping in and out of the specialty markets and bakeries that line it and picking up whatever strikes your fancy — some pasta here, a little salami there, some cheese, and Terranova Bakery, around the corner on 187th Street, for big loaves of bread.

While you’re in the neighborhood, you’ve got a choice — hit the New York Botanical Garden or the Bronx Zoo? They’re each the best of their respective kinds in the city, though it should be noted, thrifty staycationers, that the Botanical Gardens are less than half the price of the zoo. If you visit the zoo, though, make sure to ride the Wild Asia Monorail; it’s well worth the extra $5. (James Constant) 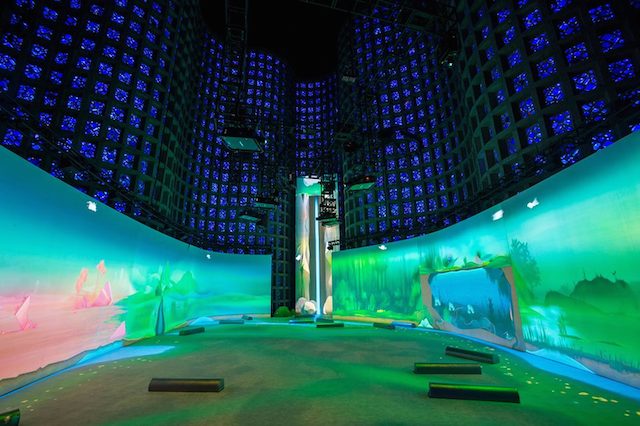 NEW YORK HALL OF SCIENCE & FLUSHING, QUEENS: Manhattan might have the American Museum of Natural History, but the New York Hall of Science, located in Flushing Meadows-Corona Park, is a worthy stop for a slightly off-the-beaten-path trip. The $15 ($12 for children) museum is housed in a futuristic-looking space originally built for the 1964 World's Fair—inside, visitors can check out over 450 science-related exhibitions covering everything from the AIDS crisis to rocket ships to microbes to quantom atoms.

Once you've taken in all the science your brain can handle, train over to Flushing for a feast at one of the neighborhood's celebrated food malls. The Golden Mall is home to spectacular joints like Tianjin Dumpling House, and also boasts the original Xi'an Famous Foods, now a celebrated noodle chain that started out as a mere food stall. Newer food malls boast eateries like Dumpling Galaxy and hot pot spot Little Lamb. Consider bringing someone well-versed in Cantonese if you're feasting in Flushing for a less touristy experience. 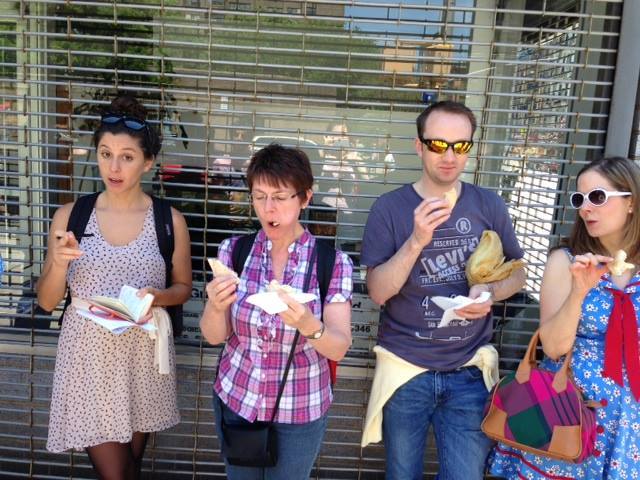 WALKING TOURS: One of the best things about New York is that it's wholly accessible to those who enjoy exploring on foot. But while taking a two-mile solo journey is fine when you're trying to make it from your office to your home, it's worth calling on the professionals if you've got some extra time for exploration and feel like learning a history lesson or two.

Folks at the Tenement Museum, for instance, lead a number of tours of the Lower East Side for history buffs—a $35 Tasting Tour ticket will take you around a number of lonstanding culinary establishments in the neighborhood, while tours like Irish Outsiders ($25), Hard Times ($25) and Sweatshop Workers ($25) will take you to restored homes and garment workshops from the mid-to-late 19th century.

Big Onion Walking Tours boasts dozens of neighborhood tours, with walks covering everything from Greenwich Village to historic Harlem to DUMBO and Vinegar Hill. Tours here cost about $20 and are primarily led by PhD students studying NYC history, so you're guaranteed a solid learning experience, assuming that's what you're into.

And if it's otherworldly spirits you're after, Ghosts of New York hosts walking tours of some of the city's most "haunted" spots, with walks themed after NYC specters like Edgar Allan Poe, George Washington, John Lennon, H.P. Lovecraft, and Captain William Kidd. Tours run about $20 a pop, and are led by theatrical "ghost hosts" who won't hesitate to freak you out when the spirits come calling. 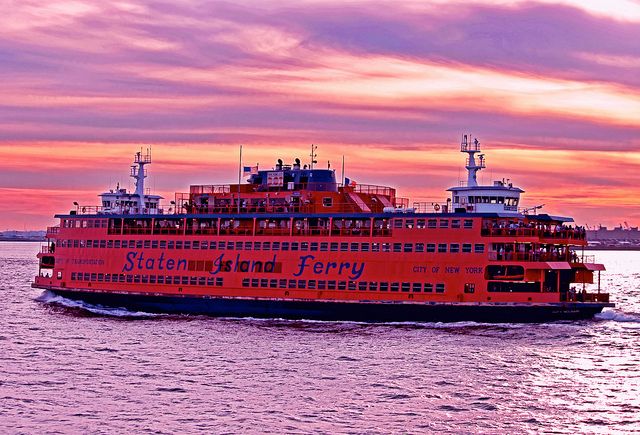 STATEN ISLAND FERRY & SNUG HARBOR: So, you’re a New Yorker who’s never been to Staten Island. Remedy that — you’ve been missing out on 19 percent of New York City’s landscape! Hop on the free (and very romantic!) Staten Island Ferry at Whitehall Terminal and enjoy the ride. It lasts about 25 minutes, just long enough for a couple of beers. Once you sober up and realize you’re on Staten Island, grab the S40 bus (it runs every 15 minutes) over to Snug Harbor to check out the beautiful collection of 19th-century buildings and the Staten Island Botanical Gardens. (James Constant) 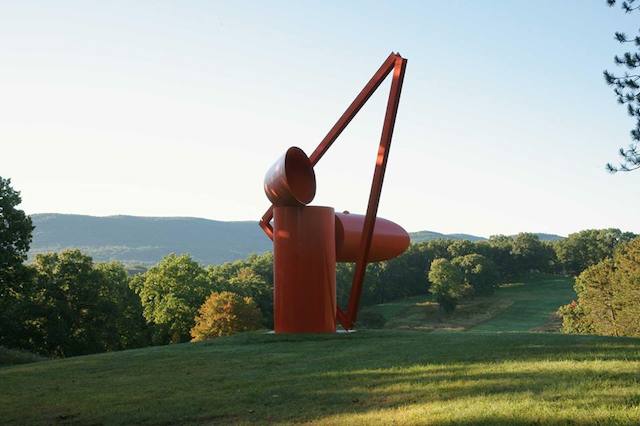 STORM KING: Head north towards the Hudson Highlands to check out the Storm King Art Center, nestled at the base of the eponymous mountain. The museum’s extensive modern sculpture garden houses works by Richard Serra, Louise Nevelson, and many others. Wandering the 500-acre wooded site near the banks of the Hudson is a joy, and while you amble, be sure to check out Lynda Benglis’s Water Sources, which is on display until November 8th and shows off the many water fountains that Benglis had been crafting since the 1980s. Our advice? Get there early — the Art Center opens at 10 a.m. Wednesday-Sunday — and save some time for a hike in the afternoon. Getting to Storm King is easiest with a car, though Coach USA runs a $46 round-trip bus route from Port Authority to the Art Center. (James Constant)

#best of gothamist
#best staycations
#staycations
#original
Do you know the scoop? Comment below or Send us a Tip
A new Gothamist is coming! We’ve moved comments over to our beta site. Click here to join the conversation and get a preview of our new website.