A Guide To One Direction, Who Just Brought 15,000 Fans To Rockefeller Plaza

This morning Rockefeller Plaza was surrounded by hordes of One Direction fans. Tiny, determined, screaming fans. Many had been there for at least a day in hopes of getting a good spot at the free Today show concert—one 12-year-old told the NY Post, “My hips have been hurting because I was [sitting] on the ground so long, but you got to do what you got to do." The band broke the concert series' attendance record, which was held by... themselves, by drawing 15,000 fans today. Here is what that looks like, from above: 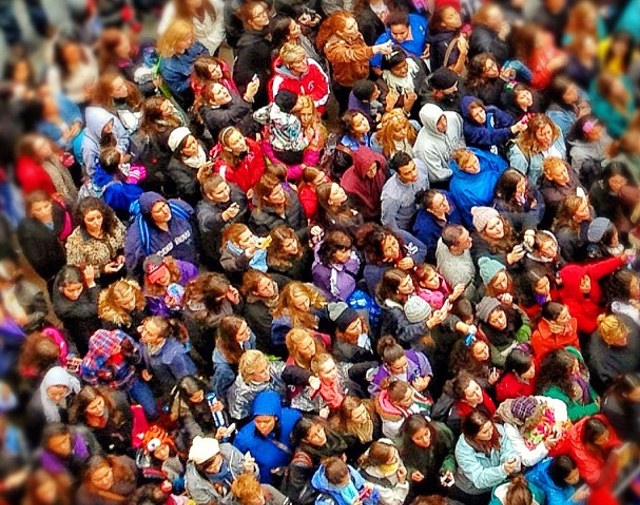 "Which Direction? Screaming Tweens outside the office #1DToday" (via richlatour's Instagram)

So WHO ARE THESE GUYS, you may be asking yourself, as an adult. We're here to help with this selection of facts we found on The Internet: