A Gallery About Nothing: 'Seinfeld' Pop-Up Exhibit Happening This Weekend On LES

The 30th anniversary of the premiere of Seinfeld (or at least the premiere of The Seinfeld Chronicles) has inspired lots of fun tributes already this year. Something very cool is coming this weekend as well: Apartment 5A, a pop-up exhibition celebrating all things Seinfeld this weekend only on the Lower East Side.

Apartment 5A: A Tribute to the Show About Nothing, presented by Spoke Art, will take place August 16th - 18th at Parasol Projects, located at 213 Bowery. The exhibition will include over 90 pieces of Seinfeld-inspired artwork filled with obscure trivia and references, including Seinfeld Nesting Eggs, a T-Bone figure, an ode to the subway episode, Junior Mint's, Jimmy's training shoes, the Estelle doll, a Soup Nazi figurine, crayon art, and of course, a George Costanza "Timeless Art Of Seduction" action figure which I desperately want, please will somebody get it for me?! 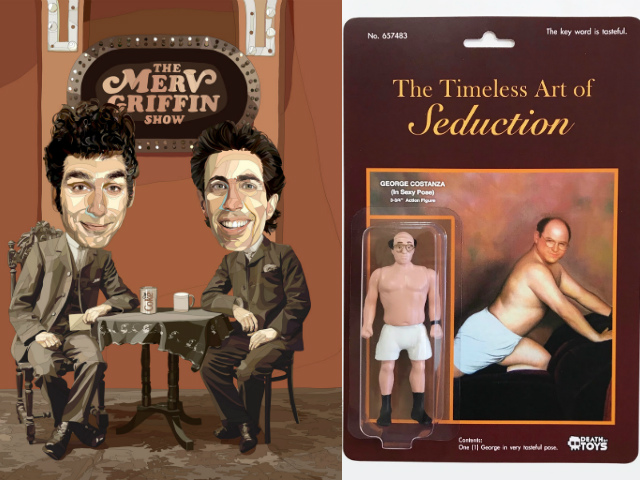 Admission is free to the gallery; you can get more information about the event here. You can also take a look at some of the original items for sale here. 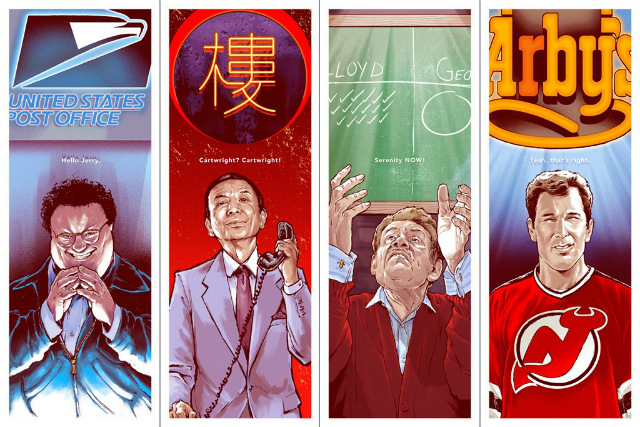