A stark white Land Rover sits atop a black marble pedestal, so shiny that Narcissus was seen bumping his brow against it. In the distance, a horse carrying a well-heeled socialite equestrian lands a jump, a gent looks at his Rolex, a hand is shook, a deal is made, your wife is eyeing the young man tending to that filly, Donald Trump's eyes gaze down upon the crowd from his VIP lair. Lady Liberty looks melancholy. 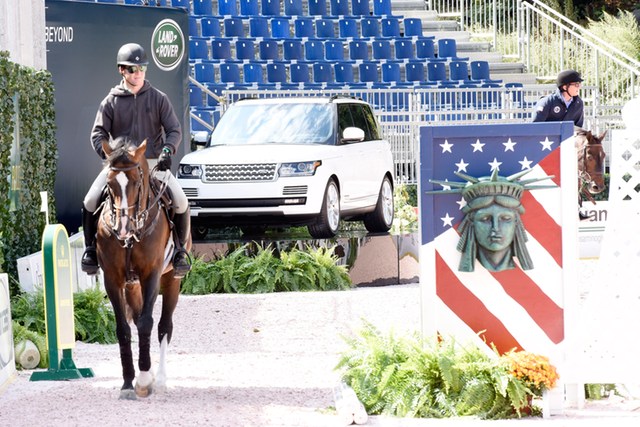 Why so serious? (Getty)

A Hamptons pop-up has taken over the Wollman Rink area of Central Park, but they're calling it a Horse Show. Festivities kicked off last night, and it all looks positively perfectly posh. The only thing that's missing is outrageous amounts of Veuve Clicquot. WHERE IS THE VEUVE? 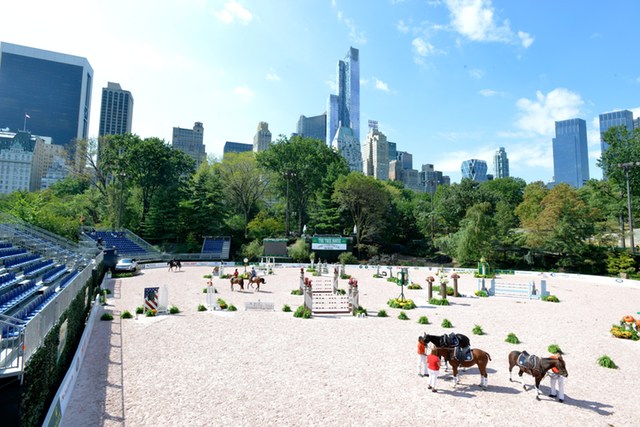 It does look kind of neat, even if a bit highbrow, and there hasn't been a horse show in NYC in 12 years, so if you want to check it out, it's all being livestreamed, should you for some reason be too lazy to just go to the park. Tickets are reasonably priced (around 30 bucks), but BYO-Rolex.

And if your friends judge you for choosing this over some loft party in Northeast Jefftown's Factory District, just tell them The Boss was there. 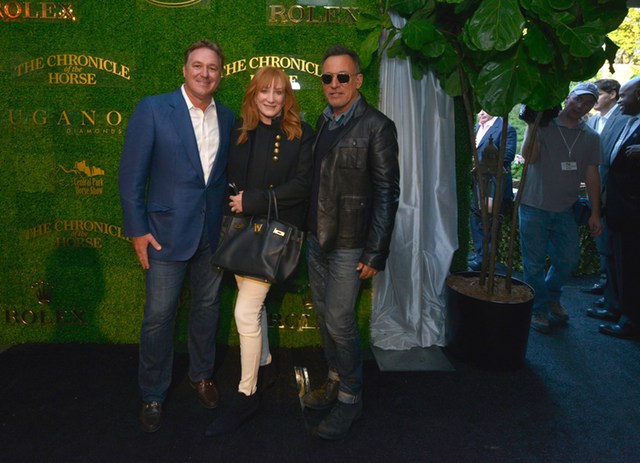