A Brief History Of The Strand, As The Legendary Bookstore Turns 90

For the better part of a century, the Strand has gifted book-loving New Yorkers with a haven of sorts, boasting stacks upon stacks of used, rare, and new literary finds. This year, the Strand turns 90, as does its owner, Fred Bass, whose father opened the shop all the way back in 1927. To celebrate this beloved NYC institution's important milestone, we dug into some of its history.

Back around the turn of the century, as many as 48 used bookstores used to line then-Fourth Avenue between 9th and 14th Streets, earning the area the name "Book Row." Benjamin Bass, a Lithuanian immigrant raised in Hartford, came to New York when he was a teenager and, in his quest for self-education through literature, fell in love with Book Row. After working a number of odd jobs, like subway construction worker and messenger, at age 25 Bass combined about $300 of his own money with a loan from a friend and opened The Strand, then on Fourth Avenue between 10th and 11th Streets.

"He loved used books. That's how this started," Leigh Altshuler, the Strand's director of marketing and communications, told Gothamist. Bass named his bookstore after a road in Central London, where literary legends like Charles Dickens, George Eliot and William-Makepeace Thackeray lived. 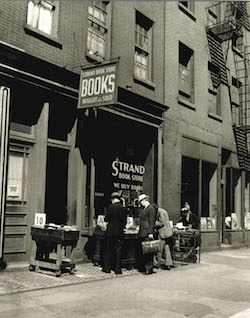 The Strand in 1938 (Courtesy Strand Bookstore)

The Strand became popular with the Greenwich Village literary crowd rather quickly, thanks in no small part to its rapid expansion, and eventually the elder Bass managed to build a network of contacts that helped him acquire rare and cheap books from private libraries and estates. The Strand also had a little help getting through tough financial times—Bass's son, Fred Bass, began working in the shop at age 13, and he told the Times that during the Great Depression, the Fourth Avenue building's landlord, an heir of Peter Stuyvesant's, let the store stay rent free for a few years until Bass could repay the debt when the economy improved.

Later, the Stuyvesants helped cripple Book Row by doubling rents in the area, but because of their solid business relationship with Bass, they let his rent remain the same. Eventually, the Strand ended up being the lone remnant of the now-dissipated Book Row.

In 1957, Fred Bass spearheaded the store's move to its current space on the corner of 12th Street and Broadway, and over time the Strand expanded to the building's basement, 2nd and 3rd floors. Benjamin Bass died in 1978, and Fred's daughter Nancy has since joined the family business, operating alongside her father as the store's part owner.

Now the shop boasts an advertised "18 miles" of new, used and rare books, many of which Fred Bass himself has procured through private estates and overseas sales. "Part of my job is going out to look at estates — it’s a treasure hunt," Bass told NY Mag in 2014, describing New York as "an incredible source — a highly educated group of people in a concentrated area, with universities and Wall Street wealth. The libraries are here." 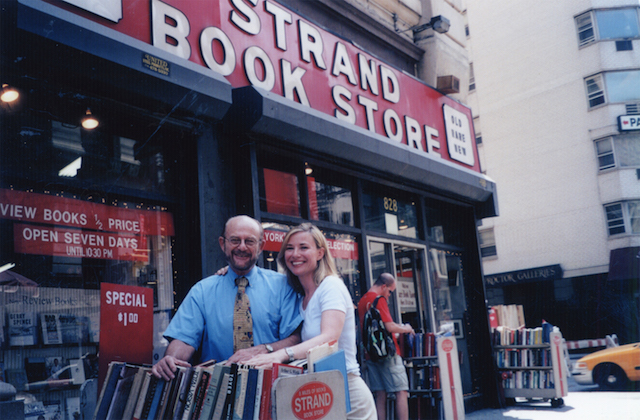 Fred Bass still works behind the buying desk four days a week. Nancy (who is married to Oregon Senator Ron Wyden) has prompted some of the store's more modern initiatives, including the Strand's famed tote bag and lit-related tchotke collection, helping the store survive in an Amazon-drenched 21st century by luring tourists in with Michelle Obama tote bags and stuffed Sherlock Holmes dolls. And the Strand's hefty supply of new books is helpfully bolstered by recommendations from employees, plus it turns out those yellow tags advertising cheaper prices are the staff's way of promoting lesser-known titles that deserve more attention.

And of course, there's the Strand's rare book collection. The most expensive book purchased from the Rare Book Room (which, FYI, is a great and very quiet place to post up and read) was a second folio of Shakespeare's works, which went for $100,000. The rarest book is a first edition copy of Ulysses, which is autographed by James Joyce and illustrated by Henri Matisse —that goes for $40,000, if you've got some spare cash.

Other extraordinary offerings include an 8-volume set of F. Scott Fitzgerald works and a Kurt Vonnegut-inscribed copy of Breakfast of Champions, to name a few. "People will bring us stuff they don't know how rare," Altshuler told us. And some of the fun comes from surprises found inside the books themselves. "We'll find notes, love notes. It's interesting to see where the books come from. It's really special to see not just the story you're reading in the book, but also [the story of] the book itself." 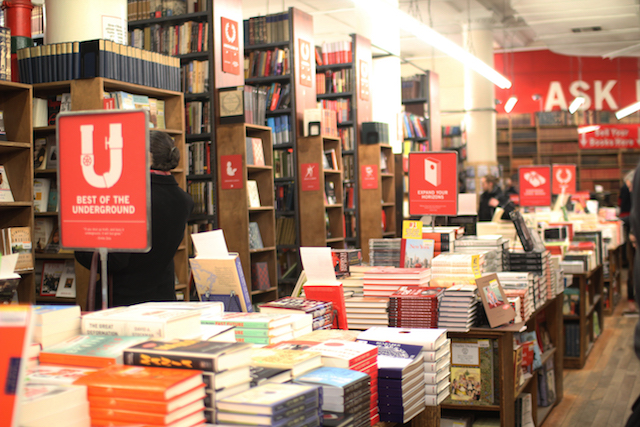 Beyond the book collection, the Strand is also known for bringing authors and readers together through readings, Q&As, and other programming. It's got an outpost in Club Monaco on Fifth Avenue and a kiosk in Bryant Park. Movies and television shows (including a recent episode of Master of None) have been shot here, and they've even got an entire "Books by the Foot" program where they rent out books to television and film productions.

And it's such a cultural institution at this point that it's even served as a breeding grounds of sorts for young writers. Author Mary Gaitskill worked as a clerk at the Strand back in the day, and Patti Smith, who worked in the basement there in the 1970s, famously claimed in an interview that she didn't like it because "it wasn't very friendly," though she did enjoy being able to read books on the job.

Speaking of Strand employees, it's noteworthy that the store's staff has been unionized with UAW since the 1970s, and that has caused some conflict with management over the years. A Hyperallergic article from 2014 called the Strand "New York's beloved, independent, union-busting bookstore" and documented one Strand worker's recollection of contract negotiations in 2012. The employee, Greg Farrell, accused Fred and Nancy Bass of trying to propose "long-term disadvantages to the workers" like decreased personal days and benefits and a two-tiered employee system that would ultimately weaken the union.

Eventually, after threat of a strike, both parties came to a compromise and workers eventually voted on a contract, though Farrell claimed the store pushed out "older, more highly paid, unionized workers" and replaced them with younger and cheaper labor in the process. Fred Bass addressed some of the union issues in the aforementioned interview with NY Mag. "The union demands something up here and we’re down here … There’s always going to be conflict," he said. 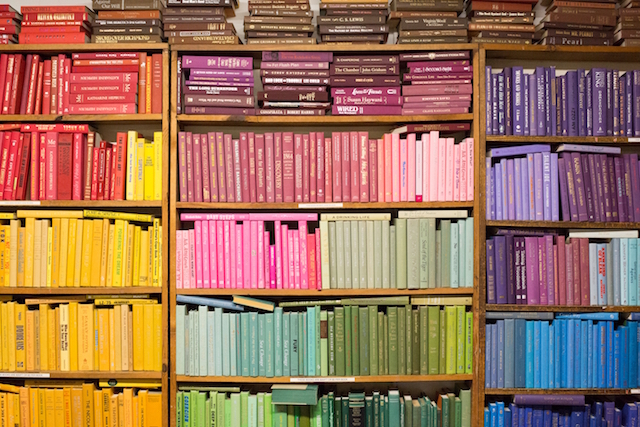 As for the Strand's longevity, the Basses had the foresight to purchase the store's building back in 1996, so, at the very least, there's no bloodsucking landlord threatening to price out the whole operation to make room for a four-story Duane Reade. The real danger, though, is what happens if the Basses decide they're done with the bookselling business, as was the case with Cobble Hill's dearly-departed BookCourt, which shuttered last year after 35 years in operation.

For now, though, the Strand still stands, and its fame has spread far and wide. Just recently, Altshuler says she saw a photo on social media of someone carrying a Strand bag in Egypt. "It was so incredible," she said. "We see things all the time across social. We see things everywhere. it's really nice to see people care so much."

#greenwich village
#history
#strand books
#strand bookstore
#the strand
#original
Do you know the scoop? Comment below or Send us a Tip