A Brief History Of The Long-Awaited Second Avenue Subway

The Second Avenue Subway finally has a set opening date, nearly a decade after its most recent official groundbreaking. It's been a long road for this particular project, and an even longer one for the line as a whole, which was first conceived in the 1920s, then broke ground in 1972 before getting relegated to the sad graveyard of deferred transit dreams. The Second Avenue Subway has a rich history in these parts, and though it's still got a long way to go—construction on Phase II won't begin until at least 2019, and who knows if Governor Cuomo will ever let us have Phase III—it's worth diving into how we got this far, so...here we go! (Information provided by the MTA, unless noted otherwise.)

Once upon a time, in the year 1919, Daniel L. Turner, chief engineer at the New York Public Service Commission, drew up a very in-depth "Comprehensive Rapid Transit Plan" that made first mention of the Second Avenue Subway. The first version was published in 1920, and also envisioned a Madison Avenue line that would alleviate congestion on the already-crowded Fourth Avenue line—how quaint!

The Fourth Avenue-Lexington Avenue subway is now heavily overcrowded. The neighborhood around the Grand Central Terminal is rapidly building up. Large increases in hotel facilities are being planned. Numerous extensive office building projects are taking form. In a relatively short time the existing subway will be wholly unable to meet the transit requirements of the East Side of Manhattan, and particularly of the Grand Central neighborhood. Consequently, to meet this pressing demand, the proposed Madison Avenue line will have to be placed under construction in the near future.

In 1927, Turner released a reworked version of the rapid transit plan, which called for a six-track Second Avenue Subway line that would also connect with the city's Queens lines. 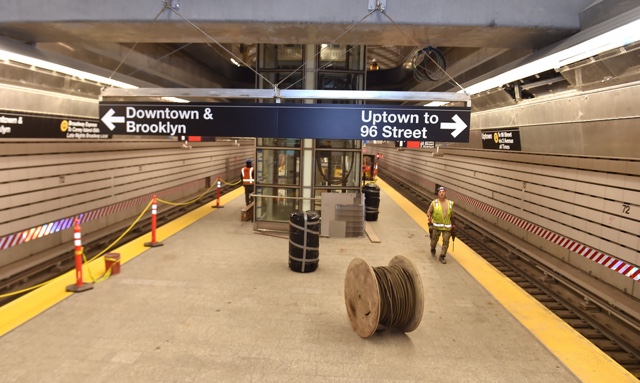 By 1929, it looked like the Second Avenue Subway was close to becoming a reality. The NYC Board of Transportation had budgeted to begin construction on the IND line—the A, B, C, D, E, F and G lines, and later segments of the M and R lines— and tentatively allocated $86 million ($2.4 billion today) to construct the line from Houston Street to the Harlem River with an opening date in 1938. For comparison, it has cost $4.5 billion to construct the line's first phase, which only stretches from 96th Street to 63rd Street. Sadly, once we entered the Great Depression, limited resources were fully devoted to finishing the IND line, and plans for the Second Avenue Subway were pushed back about a decade.

Then, of course, war broke out, and plans changed again. New subway construction was halted through the end of the war, though in 1944 they began discussing starting construction (with some track revisions) with a 1951 opening date—this was two years after the Second Ave El line was demolished in 1942. By 1949, costs had ballooned to $504 million, and construction still had yet to begin. Officials continued revising the Second Ave plan (one iteration had it connecting to the LIRR line to the Rockaways), estimated costs continued to increase, and construction dates continued to be pushed back, especially once the Korean War started in 1950. 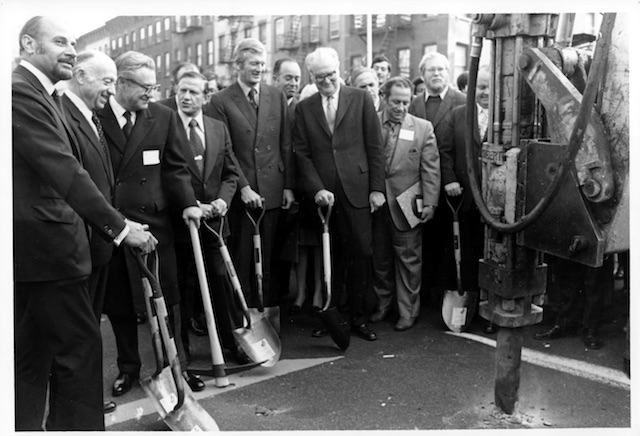 Though New York approved $500 million in government bonds to get work started, officials spent most of it elsewhere in the transit system. By 1957 things looked pretty bad for the line, and the New York Times declared on its front page that "It is highly improbable that the Second Avenue subway will ever materialize," even though once the Third Avenue El line was demolished in 1956, East Siders only had the Lexington Ave line as a transit option. Sound familiar?

The MTA was founded in 1965, one year after the Urban Mass Transit Act mandated that federal funding be made available for transit projects. In 1967, the MTA got $1 billion to put toward urban transit projects in New York State, with the city getting $600 million for new construction. A new Second Avenue Subway plan was proposed in 1968, with one two-track line stretching from 34th Street to the Bronx—a second phase would stretch down to Water Street. (Mad Men fans might recall a real estate agent telling Peggy an apartment on First Avenue would "quadruple in value" once "they finish the Second Ave Subway"...many moons in the future).

The city was granted $25 million in federal funding to get started on the project, and the MTA broke ground in 1972, at East 103rd Street and Second Avenue. But there wasn't enough money to make the magic happen, and in 1975, construction was halted, with three little tunnels lingering between Chatham Square and Canal Street, 99th and 105th, and 110th and 120th Streets. 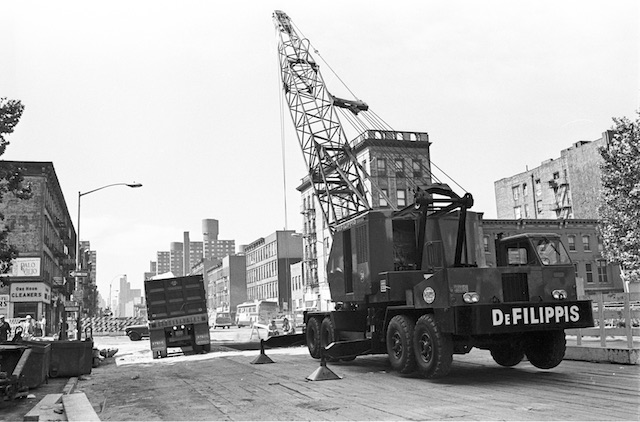 So that was that—it seemed then that the Second Ave Subway was nothing but a perpetual pipe dream for New Yorkers. But resurrection wasn't that far off. Several transit studies conducted in the 1990s noted that a second subway line was needed on the East Side to alleviate the madness on the 4,5,6 lines, and by 2001, researchers began attempting to evaluate how a Second Avenue Subway might impact the city.

Over the course of the early aughts, officials published several Environmental Impact Statements, and in 2004, the project was approved from an environmental standpoint. Engineering plans for all four phases were completed between 2004 and 2006, and in April 2006, the Federal Transit Administration gave the MTA the go-ahead to put the final design touches on Phase One.

And so, we enter the era belonging to the Second Avenue Subway That Will Be. Here are some important points, regarding Cuomo's new favorite project: 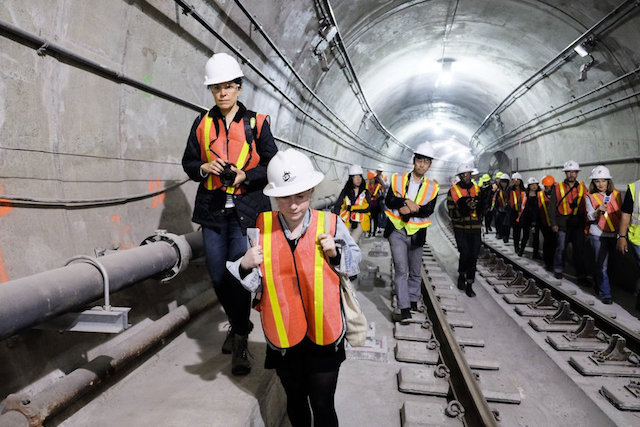 A portrait of the author inside the tunnels. (Christian Hansen / Gothamist)

#history
#MTA
#second ave subway
#second avenue subway
#subway
#original
Do you know the scoop? Comment below or Send us a Tip