The 1998 movie Object Of My Affection is a fine rom com starring a Friends-era Jennifer Aniston, Paul Rudd, Steve Zahn, and national treasures Alan Alda and Allison Janney. (Also: Hayden Panettiere as a mermaid in the school play.) Up front and center with the cast is New York City, with Coney Island, Central Park, the Upper East Side, and the Brooklyn Heights Promenade all making appearances —but the plot generally centers around one apartment in Carroll Gardens.

Aniston's character (Nina) lives in a two-bedroom apartment at 275 President Street (at Court Street)... with no roommate and on a social worker's income. Did we mention one of the bedrooms is just totally vacant? (Paul Rudd's character, George, moves into it temporarily—pretty sure he doesn't pay though.) There's also a massive kitchen and living room area, and an entire office, and yet the apartment is described as "cozy." According to Cinema Review:

"Nina's brownstone apartment exteriors were found in Brooklyn, but all of the interiors of the apartment were built at the Fourteenth Street Armory, where the cast and crew moved for the last two weeks of filming. One of production designer Jane Musky's tasks was to create Nina's two­-bedroom Brooklyn apartment. The large kitchen was its centerpiece and the setting for many of the key sequences."

These days two-bedrooms in that area hover around the $3,000/month range, on the low end. 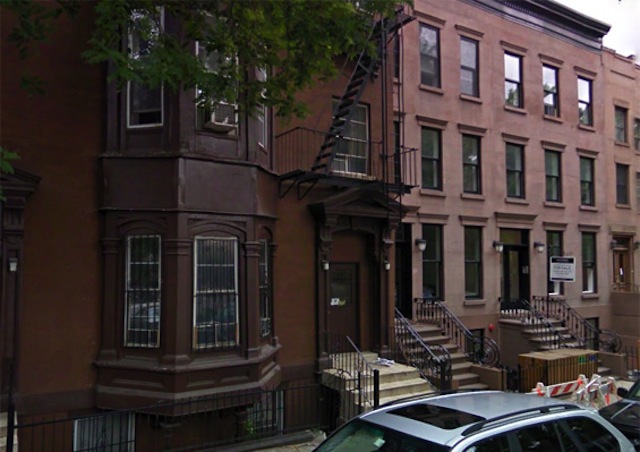 This was Brooklyn before Brooklyn was the "Brooklyn is the new Manhattan" Brooklyn, but Carroll Gardens was still a very desirable neighborhood, even if the movie would have you believe that back then Brooklynites were starved for both air conditioning and entertainment (unless you count the community center for Friday night dance classes).

Was this apartment really realistic for a struggling twenty-something in the late '90s? Do you think Jennifer Aniston has any idea what a real New York City apartment looks like for the most of us? Let's examine some of her other character's dwellings: 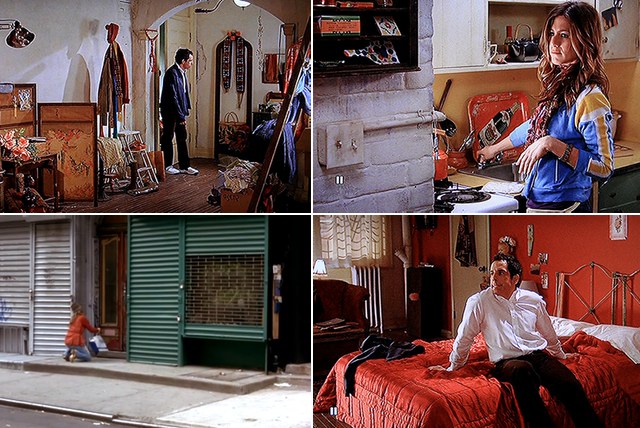 In this movie, Aniston is a waitress who lives in a studio in downtown Manhattan, and though they never tell you where exactly, in one of the shots we spotted El Sombrero (RIP) in the background, placing her front door somewhere on Ludlow Street near Stanton. While the studio is decorated to look like it's in shambles (Hollywood loves doing this—a classic example is the apartment from Coyote Ugly), it's still pretty spacious and nice. This movie came out in 2004, and the rent for a larger studio like this was probably somewhere in the $1700/month a range then. 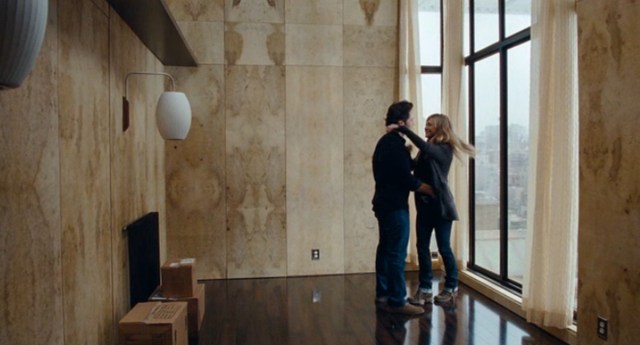 This entire movie is basically based upon ridiculous real estate prices in New York City, circa 2012. The movie starts out with a couple (Paul Rudd and Jennifer Aniston) buying a "microloft" in the West Village, though Rudd's character declares, "We're adults here, let's call it was it is: a studio. I've never even heard of a microloft." Truly the oddest looking apartment, with marble-esque walls, high ceilings, and a murphy bed. The apartment was actually created on a soundstage in Atlanta, and the production designer has said it was the smallest set he's ever designed—"we wanted to give the audience a sense that the characters gave everything up to be in this teeny, tiny space." 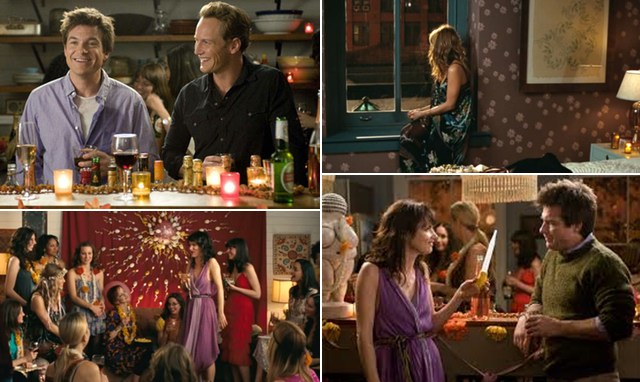 Aniston plays Kassie, a 30-something single woman who wants to be artificially inseminated instead of having sex with Jason Bateman, which is crazy. We get a glimpse of her apartment during her "insemination party," which is massive. Presumably if she's choosing to have a kid on her own, she can afford this, though the apartment still seems unrealistic—two bathrooms!. When she returns to the city after a seven year absence, she moves into a place at 194 Riverside Drive and West 92nd Street. 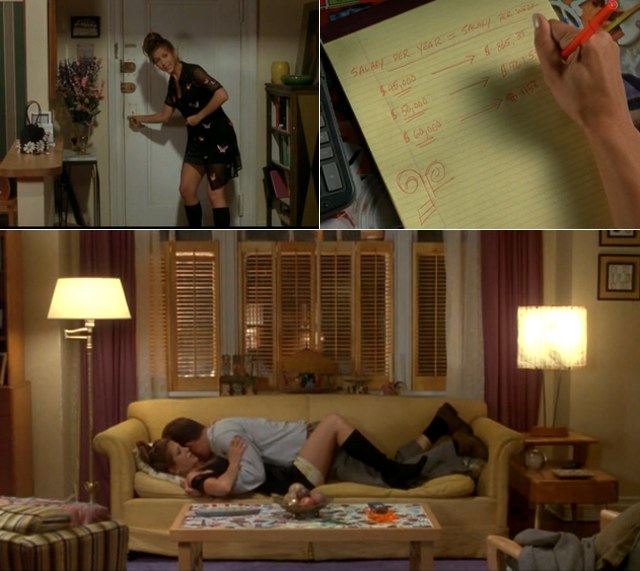 In this one Aniston plays a young, struggling advertising exec who "cannot move forward despite her talent." But despite her low rank on the company totem, she manages to pay the rent on a pretty nice one-bedroom in Manhattan. In one scene, her character Kate is shown trying to figure out her salary trajectory, and presumably at this time (1997) she makes around $45,000 a year. 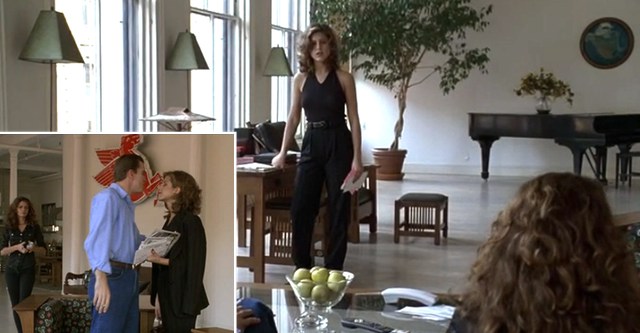 There are a few realistic apartments in this movie, and Aniston's is one of them. She has married a rich Wall Street investor, and the two live in a spacious loft downtown, complete with a piano that probably never gets played, and a Mobil gas pegasus hanging on the wall as art. 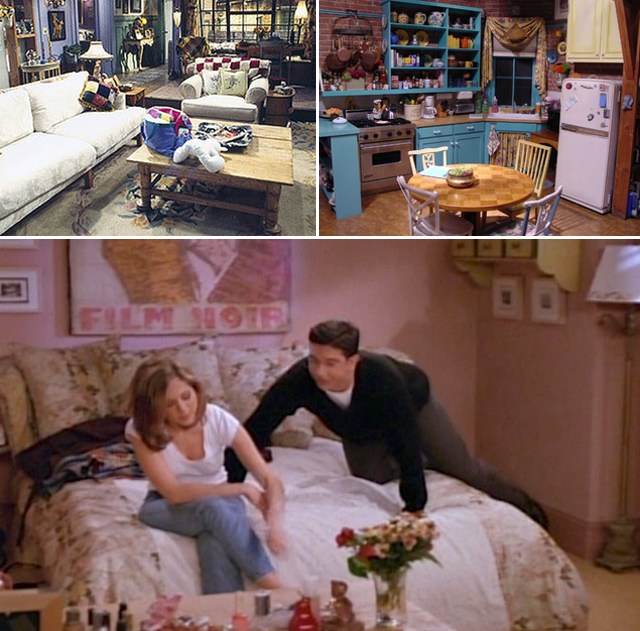 And finally, the most famous television apartment in the history of television, perhaps because of how unrealistic it was. Monica's grandmother is the official tenant, but Monica illegally sublets it (and eventually Rachel, a barista at the time) moves into the vacant bedroom. The estimated price of this apartment (on the show, the address is 495 Grove Street) is around $3,500,000.

#along came polly
#friends
#jennifer aniston
#nyc as seen on tv
#object of my affection
#picture perfect
#she's the one
#the switch
#original
Do you know the scoop? Comment below or Send us a Tip