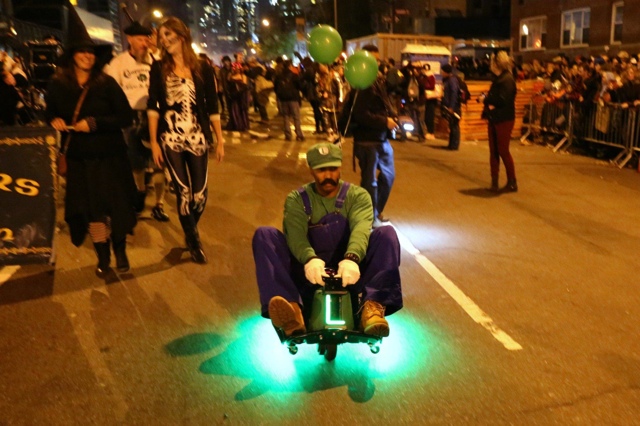 The weather was perfect, the atmosphere festive, the costumes usually handmade and often pretty incredible. As expected, there were a number of takes on such creepy things as Donald Trump and Pizza Rat; characters from all over the Stars Wars saga were amply represented; anything that could be zombie-fied, was; Frida Kahlo was spotted more often than you might have guessed; and there were a number of really random mask-and-outfit pairings. 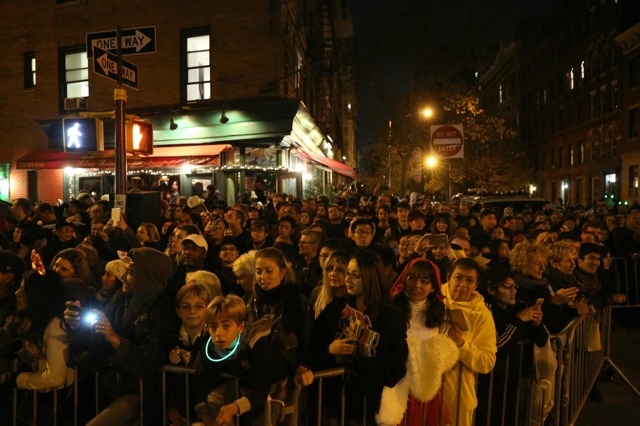 So maybe it's not as raunchy as it once was, nor as politically-charged. But unlike many of the city's massive parades these days there's still virtually no corporate presence here, and no crappy branded swag handed out en route. Just a bunch of dangerous-looking freaks, some silly conceptual jokes, a few sexy Roman soldiers and pirates and the like, and, if you choose your place in the parade unwisely, a whole lot of Thriller, again and again and again.

#halloween
#halloween 2015
#halloween parade
#original
Do you know the scoop? Comment below or Send us a Tip