9 Jaw-Dropping Festivals Worth A Trip North To Montréal 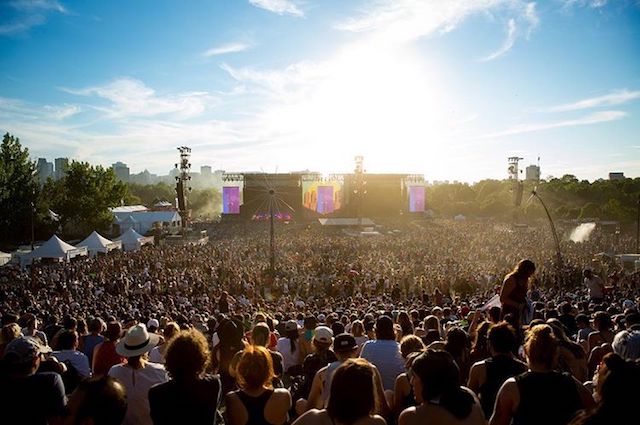 No matter the time of the year, Canadians in the French-speaking, cultural mecca of Montréal flock to its festivals and events. Now, it’s time for the rest of the world to join in on the fun.

From arts and culture to cuisine, there’s a unique experience within Montréal’s repertoire of world-class events that will satisfy every music-, comedy- and food-lover’s tastes.

The city’s upcoming festival schedule promises to provide the best of both Canadian and international talent. Which ticket (let’s be real, tickets) is on your radar?

An international festival with chapters in Mexico City, Buenos Aires, Barcelona, and Tokyo, MUTEK is dedicated to introducing emerging forms of electronic music and digital creativity to new audiences. In August, the Montréal edition will encourage Canadian and internationally-based creatives to explore the intersection of music, art, and technology in venues throughout Montréal, including the historic theatre Monument-National and the free outdoor stage of the Esplanade de la Place des Arts, a unique cultural complex.

During the first weekend of September, the Old Port of Montréal, a riverfront complex alive with the city’s history and culture, becomes host to an appetizing gourmet festival of the culinary arts. With food and drink demonstrations, over 60 pop-up restaurants, a street food zone, and a smokehouse, YUL EAT opens guests up to a world of great gastronomic experiences.

Leonard Cohen - A Crack in Everything

On display from November through next spring at Musée D'art contemporain de Montréal, the temporary exhibition is an homage to the works of the late Canadian singer, songwriter, poet, and painter. Leonard Cohen was born and raised in Montréal, and returned to the inspiring city near the end of his life. Artists and musicians will play tribute to Leonard Cohen through visual, video, and music installations, including live performances by Ariane Moffatt with l'Orchestre Symphonique de Montréal, Moby, and Sufjan Stevens.

One of the hottest events in the city during the cooler months of January and February, the annual Igloofest at Montréal’s Old Port brings electronic music fans together for a unique outdoor party. DJs from around the world provide electro beats as concert-goers congregate in a festively decorated igloo village to dance the night away and heat things up during the winter chill.

MONTRÉAL EN LUMIÈRE brightens up the darkest days of the year with one of the world’s largest outdoor winter festivals in the city’s thriving entertainment district, Quartier des Spectacles. Between February and March, 2018, you can check out unique programs from artists, performers, and culinary superstars. These include Illuminart (a celebration of light, art, and technology), gourmet food stations, ziplining, a Ferris wheel, and a number of free activities. Nuit Blanche, a cultural extravaganza with music and events lasting all night long, is the grand highlight of the festival, with 300,000 visitors annually.

For two weeks in June, the bustling and animated main street of Saint-Laurent Boulevard is transformed into a hub of an international public art celebrating the democratization of urban street art. Creatives from Montréal and beyond are spotlighted through mural displays, pop-up installations, conferences, block parties, and an art fair.

MONTRÉAL COMPLÈTEMENT CiRQUE (Montréal Cirque Festival) is the first international festival in North America dedicated to the circus arts. In July, the city of Montréal sets the stage for a showcase of vibrant performances from circus troupes and artists. In recent years, the festival has introduced a participatory acrobatic show and incorporated an augmented-reality experience for visitors to interact with around the fairgrounds in Quartier des Spectacles.

Every July, downtown Montréal invites audiences to laugh with the planet’s funniest comedians at the world's largest comedy festival. Founded in 1983 as a two-day French-language event, the festival has expanded to include English acts by comedians from around the globe, as well as a comedy film festival. Stand-up performers from the 2017 circuit included Jerry Seinfeld, Kevin Hart, Judd Apatow, Laverne Cox, Ali Wong, and Trevor Noah.

During early August at Parc Jean-Drapeau, experience this music and arts festival that has established itself as one of Canada’s top events. The festival takes place on Île Notre-Dame, a beautiful island located in the Saint Lawrence River. Last season's line-up featured headliners Lorde, Muse, and The Weeknd, along with over 100 acts across six stages. Beyond music, visitors can indulge in food offerings from various vendors throughout the venue, or soar high above the festival on the giant carnival ride in the Osheaga Play Zone.

Festival-hopping through one of Canada’s most exciting cities could just be the time of your life. Throw on your best festival garb, grab your tickets, and get over the border!

This post is a sponsored collaboration between Destination Canada and Gothamist staff.

#destination canada
#gothamist collaboration
Do you know the scoop? Send us a Tip
A new Gothamist is coming! We’ve moved comments over to our beta site. Click here to join the conversation and get a preview of our new website.