9 Fun Things To Do In NYC This Week (Besides Voting)

Need plans this week? We've got 9 great things going on around town below... but first and foremost, there's an important primary election this Thursday. Although folks all across the country are fired up about the midterms in November, New York continues to have mortifyingly abysmal voter turnout. Voting was up in 2017, but last year still saw only 21.5% of registered voters make it to the polls, and only 13.4% of those under 30. We can do better, right? This year's primary election is on a Thursday rather than the usual Tuesday, so don't be caught by surprise. Read up on the candidates in your district, find your polling place, and make sure to vote. (And then stay informed for the midterms.)

(Courtesy of the Brooklyn Book Festival)

It may still be too early in the season for an elbow-patched cardigan, but it’s the perfect time to get literary: this week is the 2018 Brooklyn Book Festival, the largest free lit event in the city. There will be Bookend Events all week long at bookstores, bars, and parks across the city—start with tonight’s BkBF Kick-Off Party at Pioneer Works—and the festival itself takes place on Sunday, with 250 booksellers and more than 300 authors, including Martin Amis, Jennifer Egan, Tayari Jones, Terry McMillan, Joyce Carol Oates, and Alexander Chee.

Fascinating lecture series are de rigueur these days, so here’s another one: San Francisco’s Odd Salon, monthly cocktail-hour mini-lectures about unusual bits of history, is coming east. The theme of the first NYC salon is “renegades” and will include talks on a Victorian-era lady magician, rabbi pirates, a woman who had a “rather unorthodox” relationship with a dolphin (for science), and more.

Make your weekend extremely sweet at the 8th annual NYC Honey Fest, an “all-day bonanza of bees, beach, beers, and bites” in the Rockaways. There will be a Bee Marketplace for all your raw honey and beeswax needs, a honey-tasting competition, honey demonstrations, talks with beekeepers, and plenty more syrupy fun. Be sure to drop by Wilk Apiary's booth while you're there:

Think like a millennial at the Know Your Meme’s Two Decades of Memes event. The weekend-long exhibition and forum will feature dozens of meme researchers and curators talking memecraft, metamemes, meme analytics, and even meme therapy: an examination of the potential therapeutic benefits of memes as a coping mechanism.

For the sixth year in a row, local community cultural organizations STooPS and the Laundromat Project are teaming up to present the Bed-Stuy Art Crawl, a day of creative public presentations and performances. Wander through the neighborhood to find African Diaspora dance, a quilt quote show-and-tell, interactive painting, a paper flower installation, and lots more.

Celebrate the opening of Brooklyn Museum’s latest exhibit, Soul of a Nation: Art in the Age of Black Power with rollicking dance party Soul in the Horn. The exhibit will be open late so you can peruse the art between horn-infused sets by Casey Benjamin, Kenyatta Beasley, Rodney James, Kyla Moscovich, and Angeleisha L. Rodgers. 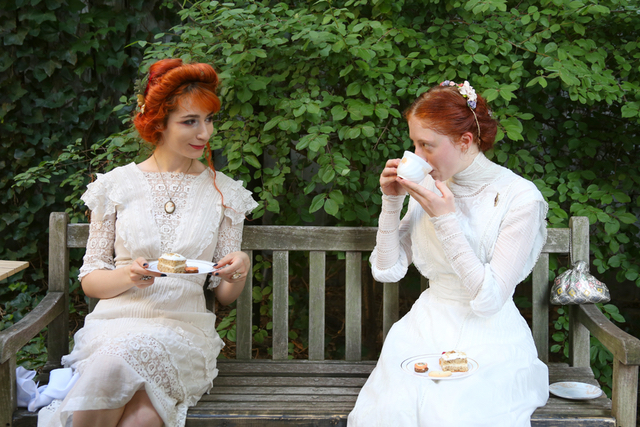 Travel back in time for Gemini & Scorpio’s Grand Victorian Tea, which takes place in a carriage house originally built in 1799. This turn-of-the-century tea party features finger sandwiches, scones, and fancy treats made by historical chef Rebecca Leigh Silverman using antique recipes. There will also be Victorian garden games like Battledore and Shuttlecock, plus hand-drawn portraits by Anastasios Taso Megaris. Victorian (or at least Victorian-inspired) attire is required.

#events guide
#gothamist events guide
#what to do this week
#original
Do you know the scoop? Comment below or Send us a Tip