9 Facts You May Not Know About The Upper East Side

The Upper East Side's enjoying some increased attention thanks to the long-awaited opening of the Second Avenue Subway. But well before the neighborhood was home to Governor Cuomo's favorite transit project, it was resplendent with mansions, breweries and rich people. Plenty of those rich people and mansions still exist, though the beer scene is a bit different now. Here's some lesser-known trivia about the UES—feel free to leave any factoids we've missed in the comments, and check out the other neighborhoods we've covered in this series: Park Slope, the Lower East Side, the Upper West Side, and Central Park. 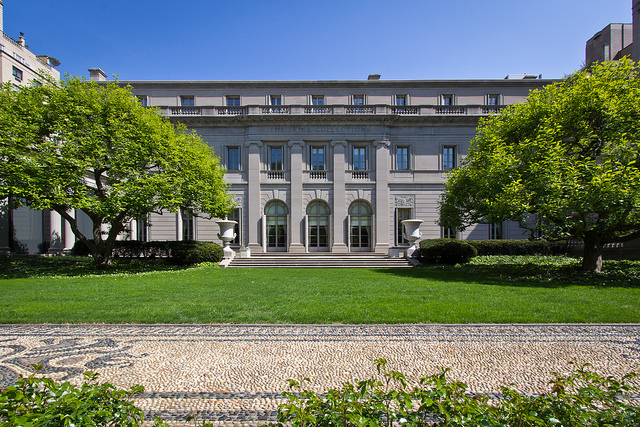 1. The Upper East Side was once so full of fancy mansions that a stretch of Fifth Avenue was dubbed "Millionaire's Row." In the 1800s, Fifth Avenue was fully lined with mansions, the range of which stretched from Washington Square Park to the Upper East Side. Most of these opulent homes—belonging to big names like Astor and the omnipresent Vanderbilts—have since been demolished, but a chunk of them still exist today. The Payne Whitney House at 972 Fifth Avenue is now home to the Cultural Services of the French Embassy. The Harry F. Sinclair House at 2 East 79th Street is the Ukrainian Institute of America.

Then, of course, there are the mansions that have since been turned into world-famous museums and art galleries. Henry Clay Frick's former mansion at 70th and Fifth is now The Frick Collection, complete with three Vermeers and a bowling alley. Museum Mile, which replaced the uppermost strip of Millionaire's Row, most recently boasted the now-closed National Academy Museum and School of Fine Arts inside an 89th Street mansion that once belonged to sculptor Anna Hyatt Huntington and Archer Milton Huntington. The Cooper-Hewitt National Museum of Design is located inside Andrew Carnegie's old digs at 91st Street. The Jewish Museum at 92nd Street was once home to philanthropist Felix M. Warburg.

2. The Upper East Side is home to some of the most expensive zip codes in the country. The UES has long been synonymous with extravagant wealth—another nickname for it is the "Silk Stocking District"—and not much has changed about that over the last couple of centuries. According to Forbes' annual roundup of the nation's most expensive zip codes, 10075, which covers 76th-to-80th Streets from Fifth Avenue to York, clocks in at number 2, with a median home price of $7.2 million. The zip code 10028, which covers the UES a little farther uptown, is number 6, with a median home price of $6.3 million. Once upon a time, the majority of the East Side was clustered under the zip code 10021, which a real estate broker described to the Times as "the most famous and most desired ZIP code in the city and in America"—that zip code was split up in 2007, relegating the likes of Michael Bloomberg and Gay Talese to less coveted postal codes. 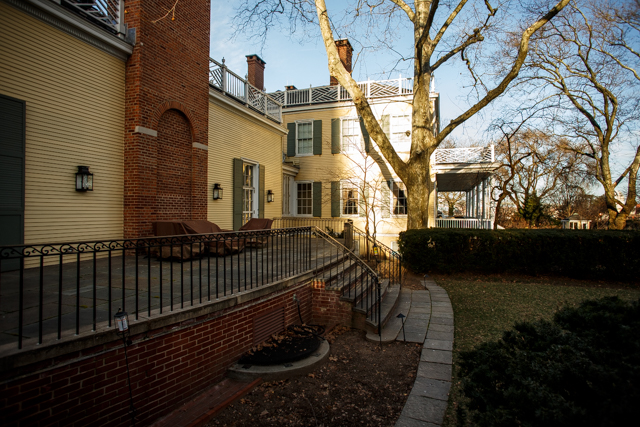 3. Gracie Mansion became the mayor's residence to save him from Nazi attacks. Gracie Mansion, located in Carl Schurz Park near 88th Street, is currently and historically home to the mayor and his family, but that hasn't always been the case. The mansion, which was built by shipping magnate Archibald Gracie in 1799, was intermittently used as public restrooms, classrooms, a historical house, and space for the Museum of the City of New York, after its final permanent resident moved out in 1896.

But in 1942, Robert Moses successfully pressured then-Mayor Fiorello La Guardia to turn Gracie Mansion into his home. A decade or two earlier, Moses had decided it was uncouth for the mayor to live wherever he pleased, and began a campaign for him to have an official residence. He likely cantilevered Carl Schurz Park over the FDR Drive to preserve Gracie for that purpose, and when World War II broke out, the location was likely viewed as more secure from the threat of German bombing. La Guardia was whisked into Gracie Mansion in May 1942. The mayor was not happy about this, and managed to go out of town on moving day, leaving his wife to unpack on her own.

4. Alexander Hamilton died in front of Gracie Mansion's ballroom fireplace.Hamilton fever might be dying down at last, but Alexander Hamilton's history still echoes all over this city. Indeed, he succumbed to his wounds in a duel with Aaron Burr in front of the fireplace currently installed in Gracie Mansion's ballroom—in July 1804, though, the fireplace was in the Bayard House on Jane Street, where Hamilton was taken right after he was shot. 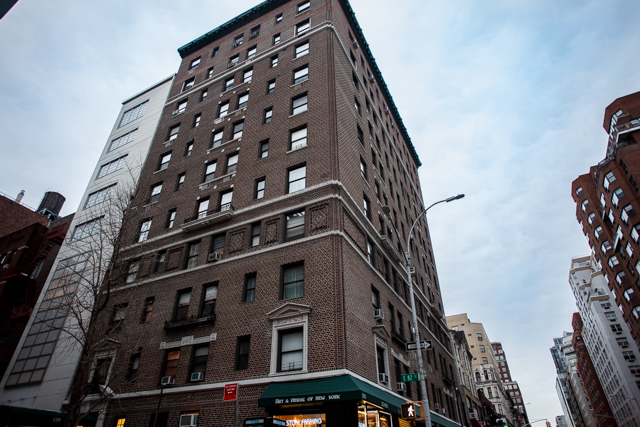 5. There was once a Spite House on 82nd and Lexington. In 1882, all that money on the Upper East Side led to some weird real estate vengeance. Developers Patrick McQuade and Hyman Sarner purchased a block of land on 84th to 82nd Streets on Lexington to build apartment buildings, but contractor Joseph Richardson owned a small strip of land in the area that would have been left out of the development. Sarner tried to buy Richardson's land so he could combine the two parcels to build an apartment building, while Sarner and McQuade argued that Richardson's strip, which was 102 feet long and 5 feet wide, was too narrow to develop.

Richardson told Sarner he wouldn't sell for less than $5,000, an offer Sarner refused. And when Sarner and McQuade went ahead and built their apartment buildings anyway, Richardson sought revenge. He constructed two ultra-narrow houses atop his strip, blocking out the light in Sarner and McQuade's buildings. He ended up living in one of the homes himself—you can check out the rather unorthodox blueprints here.

6. The city's Landmark Law exists thanks in part to demolished mansions on Fifth Avenue and 79th Street. Though it was really the demolition of the original Pennsylvania Station that sparked the creation of the New York City Landmarks Preservation Commission in the early 1960s, the Landmarks Preservation Law has its origins in the destruction of the Brokaw mansions, a four-house French Renaissance-style compound built on Fifth Avenue and 79th Street in the 1880s.

After patriarch Isaac Brokaw died in 1913, the family fought endlessly over what to do with the houses. Eventually, they ended up in the hands of real estate developer Anthony Campagna, who planned to demolish them to put up modern apartments. Landmark enthusiasts fought a hard battle against Campagna, who secretly moved up the demolition date to February 1965. There was an uproar, and then-Mayor Robert F. Wagner signed the Landmark Law that April.

7. There used to be rival breweries on Second and Third Avenues in the 1890s. Back in the 19th century, the Upper East Side's Yorkville section was primarily comprised of German immigrants, a number of whom set up breweries in the area. The most popular brewery was the Ehret’s Hell Gate Brewery, set up by German native George Ehret on 92nd and 93rd Streets in 1866. Ehret primarily competed with Jacob Ruppert (whose son eventually owned the New York Yankees from 1915 to 1939), along with the Doelger and Schaefer breweries in the East 50s.

There's not much left of the breweries today, but when excavators dug up a playground that stood on the remnants of Ruppert's a few years ago, they found some of the old brick underground. Sadly, that too has since been destroyed. 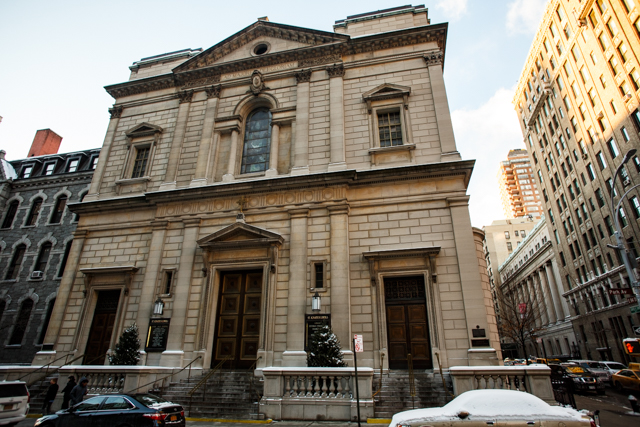 8. The Church of St. Ignatius of Loyola has been home to quite a few celebrity funerals. A number of notable funerals have been held at this Roman Catholic church, located at 980 Park Avenue since 1851. Jacqueline Kennedy Onassis's funeral was held here in 1994; funerals for Aaliyah, fashion designer Oscar de la Renta, Philip Seymour Hoffman, Mario Cuomo, Ann Mara, Lena Horne, and David Carr were also here.

9. The oldest after-school activity in the country—a paramilitary program for children—operates out of the Park Avenue Armory. Dozens of tiny kids outfitted in military uniforms is perhaps a bit unsettling in 2017, but for the Knickerbocker Greys, it's business as usual. Founded in 1881 as a way to keep boys ages 6 to 16 out of trouble after school, the now co-educational program teaches children patience and leadership skills through military drills and formations, meeting every Tuesday afternoon from 4:45 p.m. to 6 p.m. Alumni include former mayor John Lindsay, actor Douglas E. Fairbanks, Jr., and a handful of Rockefellers, to name a few.

#neighborhood history
#upper east side
#original
Do you know the scoop? Comment below or Send us a Tip