For the ninth year in a row, nearly seven miles of prime Manhattan roadway was closed to cars yesterday morning for Summer Streets, your annual glimpse at how glorious this city could be if pedestrians and cyclists ruled supreme.

Stretching from the Brooklyn Bridge to 72nd Street along Lafayette and Park Avenues, the no-cars celebration brought out tens of thousands of people who gleefully took to the streets to stroll, run, bike, scoot, dance, skate, unicycle... any mode of movement that didn't require a combustion engine. A crack squad of volunteers stood along the route at those cross streets where vehicular traffic was still allowed through, and they did a terrific job keeping the mood light and everyone safe. 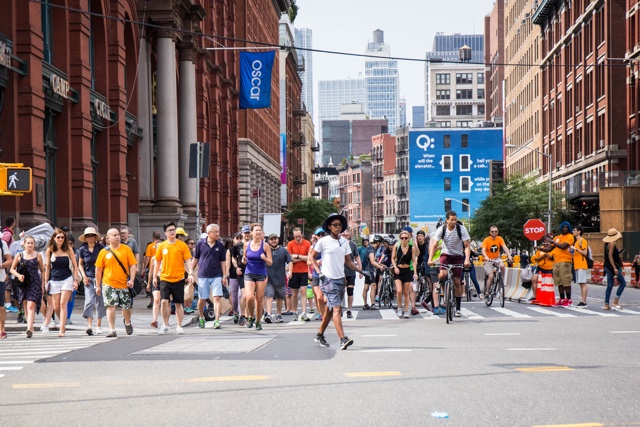 Of course, much of the excitement these days comes from the corporate-sponsored activities at the five official rest stops. There are musical performances and workout classes, a 30-foot-high zipline and juggling lessons, bike-related educational booths and giveaways.

The most popular attraction, however, has to be the gigantic, 300-foot water slide at Foley Square, which was supposedly completely booked for the day but several people said that since they arrived so early (around 8:00 a.m.) they were allowed unregistered rides and even multiple rides. 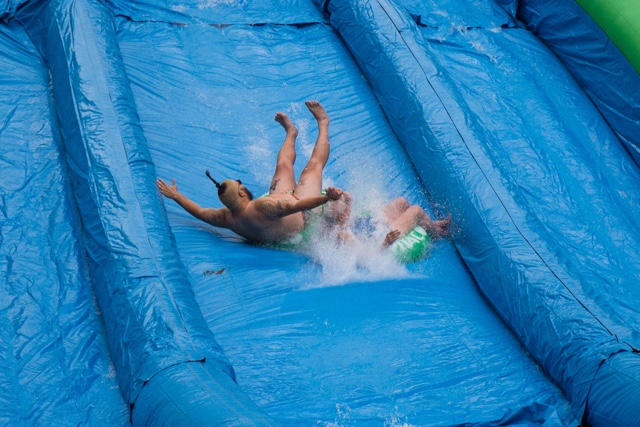 #summer streets
#water slide
#waterslide
#original
Do you know the scoop? Comment below or Send us a Tip