Do you miss places that used to exist in New York? Could you do without the new ones that have popped up in their place? Us too! But we have some ideas... let's start with the city's venues—here is what we'd propose to bring back, and what to banish. 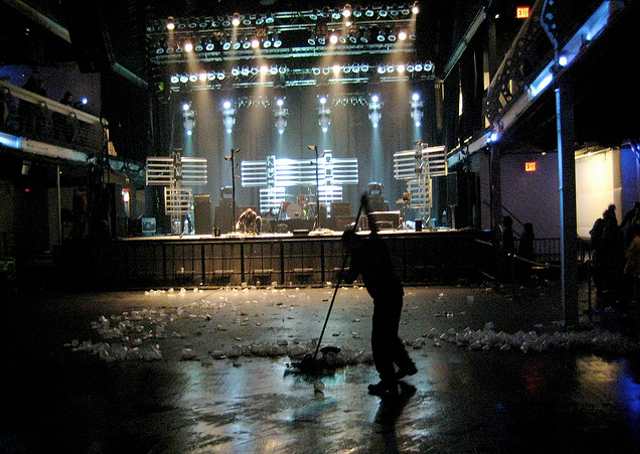 TERMINAL 5: The massive metal box of a venue, which is located at West 56th Street and 11th Avenue, opened in 2007 and has a capacity of 3,000. Sadly, only about 50 of those 3,000 can actually manage a good sight line in the house. Which is a shame, since the other Bowery Presents venues are much more enjoyable, not to mention easier on the eyes.

LIBATION: This was the start of the douchification of the Lower East Side—a tri-level superclub serving overpriced cocktails, and drawing in clientele who would cab in from other neighborhoods. It still stands today, as others before it have shuttered. 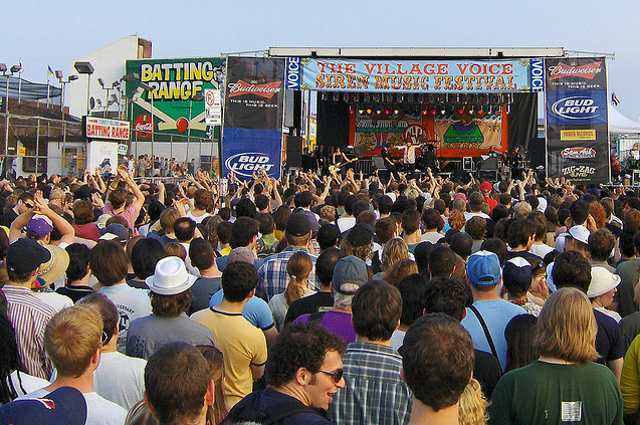 SIREN FEST ON CONEY ISLAND: From 2001 through 2010, the Village Voice held the Siren Festival out at Coney Island. There were two stages, set right off the beach and boardwalk, with great up and coming bands, as well as some sick headliners. Last year they ended it all, and started a new one at South Street Seaport, called 4Knots Festival... but we want Siren back! It was more special out there, and there's no wooden rollercoaster from which to watch bands from at Pier 17.

THE POOL PARTIES: These shows were started by JellyNYC back in 2006, in a then abandoned McCarren Park Pool, with a kick-off show by Les Savy Fav. Two years later word came that the pool would be getting filled with water again, and the OSA began to work with Jelly to move the summer events over to the Williamsburg Waterfront. There were pros and cons to this move, and the cons list grew by 2010, when the shows eventually ended. This year JellyNYC won't be involved at all, and the new space is looking pretty depressing.

LUNA LOUNGE: (And Tonic, and Sin-e, and Rothko...) The old venues of the Lower East Side are all but gone now, and the most legendary (there's a whole book about it) had to have been Luna Lounge, at 171 Ludlow Street. The place had it all: a nice dive vibe, a foosball table, secret shows from bands like Interpol (who returned in 2003 after playing there when they first started), and a lot of Elliott Smith history. In 2007 owner Rob Sacher reopened Luna Lounge in Williamsburg, but that didn't even last a year.

SIBERIA: (The original Siberia, not the compromised second draft.) This inimitable dive bar was formerly found down the stairs on your way into the 50th Street 1/2 train station. It was a magical, sordid booze hole—the furniture held together by tape and a prayer, the bathroom was unspeakably dark and vile, the music was cacophonous, but the overall squalor was tempered by a bizarre civility. Namely, profanity was STRICTLY forbidden.

And this was vigilantly enforced by barkeep Tracy Westmoreland, who once tossed a friend of ours out of the joint for one too many f-bombs. Two bombs, in fact, were too many. The exchange went something like this: After the first illicit expletive was uttered, Westmoreland chastised the violator and earnestly pointed to the no cursing sign. Our friend glanced around at the filthy dive bar surroundings and incredulously responded, "Are you fucking serious?" And he was seriously ejected. At this point, a regular turned to us and pointed to his t-shirt, which read "FUCK YOU YOU FUCKING FUCK," and explained with a grin, "There IS a loophole!" Siberia, this town is freaking lost without your rarefied degeneracy.

#libation
#luna lounge
#pool parties
#siberia
#siren fest
#terminal 5
#verizon building
Do you know the scoop? Comment below or Send us a Tip