Philip Glass has described the public reception to 1982's Koyaanisqatsi as that of "a 'head' movie: you were supposed to get high, look at the lights." This remains a fine method of viewing Godfrey Reggio's classic when sealed up in your apartment on a rainy afternoon. But last night the movie's powerful images were joined in the flesh by Philip Glass, his Ensemble and the New York Philharmonic to aurally and visually submerge the audience at Avery Fisher Hall in a panoply of soul-wrenching emotions. These five are perhaps the most potent. We will never watch the movie without the New York Philharmonic again.

AWE: Hearing the first notes of the organ and the soprano's intonation of the word "Koyaanisqatsi" is to feel one's entire body genuflect within the movie's first 90 seconds. As the camera pans over Utah's Horseshoe Canyon and the infinite, shimmering mass of the ocean's waves you realize how completely insignificant you are. An equally powerful sea exists in the sky, as stop-motion photography shows us the churning depths of the clouds that never deign to acknowledge our existence.

FEAR: As the strings and woodwinds kick in, manically rising and falling, the camera pans over humanity's misdeeds as if taking in a crime scene. A pipe pumping chemicals across the desert is slowly surveyed to maximize horror. The mushroom cloud of an atomic bomb briefly bathes a nearby cactus in a brilliant, murderous red light before taking it's time bellowing upward; a portent that our own self-destruction is slow and unstoppable. Miles of tanks and weaponry are shuttled past the viewer's eye, reminding them of exactly who is responsible for the creation of the instruments of death. 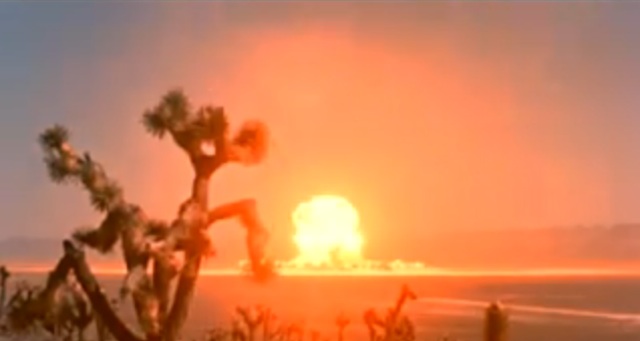 PRIDE: Who are these humans that they may assemble disjointed, angry, metallic segments into automobiles? Who cut into the earth and mold it to their will? As the trumpets hit the highest notes, and the brass swells, it's difficult to view our existence as anything but extraordinary. The choir is first heard as the camera pans out on a boy and his mother on the beach, that we soon learn abuts a menacing-looking power plant. The sheer hardiness of the human condition paired with the rhythmic, polymelodic singing is chill-inducing. As unstoppable and frightening as our existence appears on screen, one can't help but be proud that it is ours. 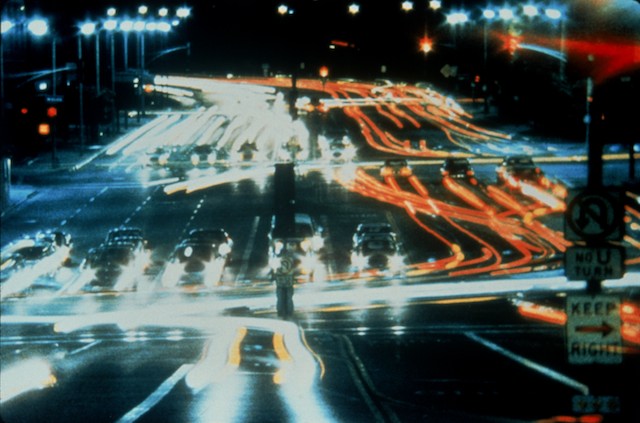 WRATH: Yeah, who ARE these humans? Mindlessly assembling televisions and playing video games while the world around is stained black with the smoke from their cars and factories. The woodwinds maintain a steady, understated pattern as a helicopter-mounted camera flies over an abandoned St. Louis slum, allowing the rage directed towards those responsible for this blight to build slowly. For all the glass-covered corporate skyscrapers that arrogantly make the clouds their facade, there are just as many broken windows on buildings pockmarked with indifference and poverty. A man sneers suspiciously at the camera, as if he's angry at us for bearing witness. An elderly woman attempting to light her cigarette impatiently taps her broken light, eager to hasten death. What is wrong with these people? 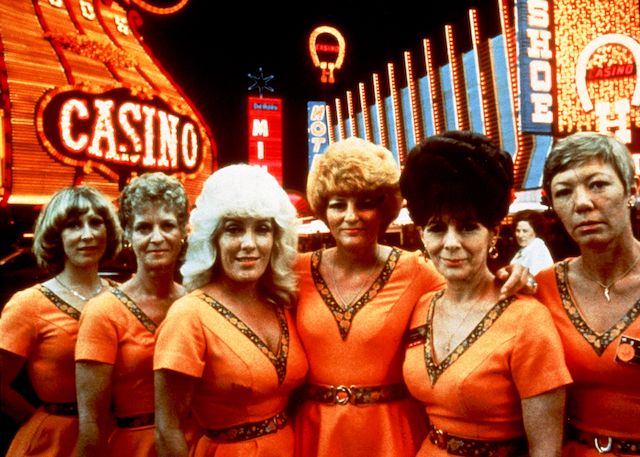 SHAME: Stop-motion footage of people milling about Grand Central and pouring onto department store elevators show a banal order to what initially looks to be hurried chaos. We then see hot dogs shooting off a conveyor belt in the same fashion, as a hand periodically reaches in to clear off a botched tube of meat that has been impeding the others. Humanity as hot dogs is a blow of bathos to the audience's gut. The same ostinato organ along with the gentle accompaniment of the woodwinds creates an atmosphere of quiet indignity, heightened by the scene of a bloody hand trembling from a hospital bed. Another hand reaches out to calm it, but it quivers away, unconsolable. A double-exposed shot of a stock exchange lays bare the "ghost in the machine." 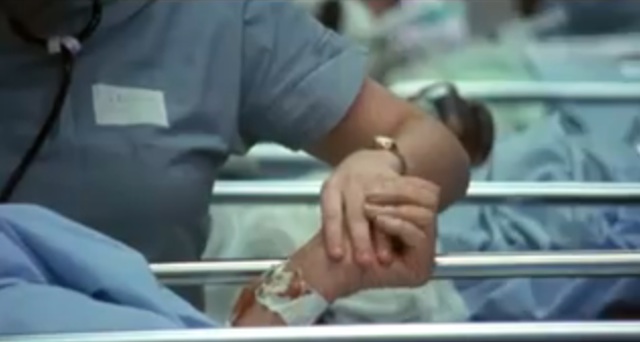 As the epilogue shows the series of Hopi prophesies sung by the choir throughout the film (our favorite: "A container of ashes might one day be thrown from the sky, which could burn the land and boil the oceans" ) the strings play a menacing note of warning. A chilling, if doleful, end. Tonight's performance at Avery Fisher Hall is sold out, but there seem to be tickets available on Craigslist. Your brain will not forgive you for missing it.