475 Kent Lives on at Queens Museum 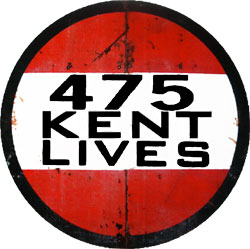 About three months ago the residents of 475 Kent were evicted due to a possible fire hazard -- what with the matzoh factory in the basement and all. But it was still home to over 200 people, many of them artists.

Now a couple dozen of the residents have come back together to put on an art show. Titled “475 Kent Lives,” the show is at the Queens Museum of Art (a curator who signed a petition supporting them suggested the show) through July 13th. But what have the artists been creating while they've been couch-hopping? Not much, apparently.

The Brooklyn Paper reports artist Deborah Masters lamenting, “I don’t have a lot of stuff [to show] because I haven’t been able to work for three months. None of us has been in the building, so we haven’t been making art.” Another, Simon Lee, who said, "I didn’t know what I could do because of the evacuation,” did manage to contribute a piece "that was very much about 475."

And though many residents have moved on, a "core group" believes they'll get back in one day. Brownstoner reports that they've got a shot, with hopes of a May homecoming. FDNY spokesman Jim Long said there were several "violations and issues at that location and the onus is on the landlord to correct them, and once those have been corrected ... then they'll probably be allowed back in."