21 Incredible Photos Of 1980s NYC As An Apocalyptic Wasteland When some people picture NYC in the 1980s, they picture a city in flames, needles and trash swirling around like tumbleweeds, fights on every street corner, and Kurt Russell with an eye patch, spraying a machine gun at the sky. This is one way of looking at the Bad Old Days, even if it's not 100% the way things were. 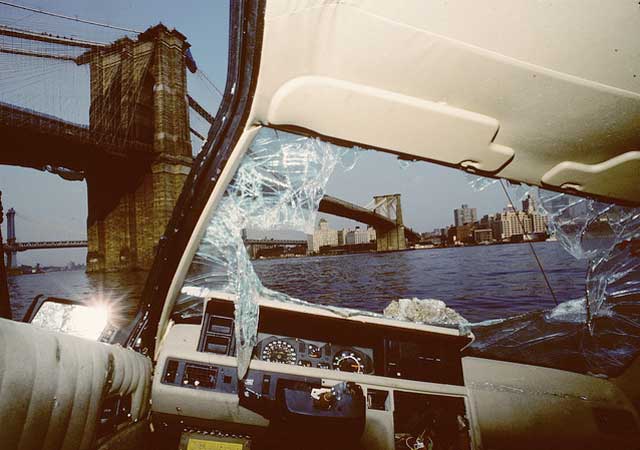 Siegel shot all over the city in the 1980s, and spoke to us about the difference between then and now. Gather around, children:

New York in the 1980s differed in two fundamental ways from the New York of today. First, 1980s-era New York was an edgier, riskier, dirtier, tenser, more dangerous and chaotic place. I think that fairly comes through in my images. Second, 1980s-era New York had a sense of wide-openness and freedom that was lost following 9/11... and likely never will be regained.

Notice how these two fundamental changes overlap in a number of important ways. A safer city, to some extent, comes at the price of a loss of freedom and openess. Conversely, the edginess and riskiness of the 1980s came at an appalling human and social cost. My photos of South Bronx and Bushwick are—if I might say so—a testament to that. Those who might be nostalgic for the edginess and riskiness of the 1980s were surely not the people who were growing up in the South Bronx and Bushwick in the era.

The trade-off between openess and security is reflected in a very literal way in some of my 1980s photos.

For more of Siegel's fantastic work, visit his Flickr collections.

#1980s
#Bad old Days
#flashback
#steven siegel
#original
Do you know the scoop? Comment below or Send us a Tip