The upcoming Shakespeare in the Park season starts in just a few weeks, and Julius Caesar will begin previews on May 23. And then A Midnsummer NIght's Dream will start previews on July 11.

The Public Theater's artistic director Oskar Eustis is directing Julius Caesar, which runs through June 23. The last time the play was seen in Central Park was 17 years ago, and, in 1987, Al Pacino played Brutus:

The Public Theater describes the play, "Rome’s leader, Julius Caesar, is a force unlike any the city has seen. Magnetic, populist, irreverent, he seems bent on absolute power. A small band of patriots, devoted to the country’s democratic traditions, must decide how to oppose him. Shakespeare’s political masterpiece has never felt more contemporary."

In this production, Caesar is played by Gregg Henry and Corey Stoll will be Marcus Brutus; other cast members include Elizabeth Marvel as Anthony, John Douglas Thompson as Caius Cassius, and Robert Gilbert as Octavius. 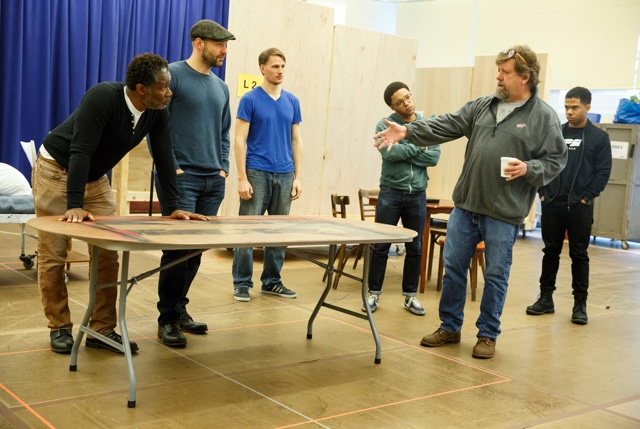 All shows start at 8 p.m. at the Delacorte Theater in Central Park. Free tickets are distributed day of the show at the Delacorte (expect lines!). There's also a digital lottery and a downtown lottery at the Public Theater's space on Lafayette Street, plus, on specific performance dates, some tickets will be distributed in locations in one of the city's five boroughs. More details here.

#a midsummer night's dream
#central park
#delacorte theater
#julius caesar
#public theater
#shakespeare in the park
Do you know the scoop? Comment below or Send us a Tip