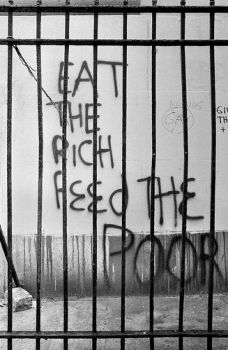 Last week the LES gentrification piece in New York magazine circa 1984 began circulating again, and now a look back to October 6th, 1985 when the NY Times published an article titled "If You're Thinking of Living In; The East Village." Ah, a time when buyers bargain shopped for run-down buildings in the now pricey neighborhood, seeking out "maximum space for minimal outlay." Even today residents are echoing the "Die Yuppie Scum" sentiment around the vastly changed landscape of the EV; as they say, the more things change, the more they stay the same. Some choice quotes from the article:

The article also touches upon the school district ("the presence of the children of the homeless makes a significant impact on the reading scores and truancy rates"), the "exotic meals" offered at low prices, the development of condos at 65-69 Cooper Square, and the redevelopment of the 500 city-owned properties in the area.

A quote from the CB3 Chairman pretty much sums up the new residents at the time; he said: ''There are bohemians who live here who are only pretending to be bohemians. Actually, many of them are the most straight-laced of people who work days in the financial district and want to shed that prim, professional image at night and on weekends.'' [via EV Grieve]