13 Of The Best Places To Be Alone in NYC

I’m of the mind that taking the time to do things for yourself, especially in a city that makes it very difficult for you to experience true solitude, is a rare and worthwhile pursuit. That’s why I’ve put together this list of places that have been good for carving out those moments of solitary contemplation. This is not an exhaustive list, of course, nor is it meant to be (if you want to check out more great spots to find alone time, here's our list from several years ago). From my own experience, these places have been a solace to wander through alone. Hell, I only like going to some of these places alone. I hope you can have a nice moment to yourself in them, too.

The Place To Post Up With Coffee and a Book: B&H Dairy

When I first moved to New York, someone told me about a cash-only diner that served up a stack of buttered challah bread with every order, and that it was Patti Smith’s favorite place to get borscht, too. That was enough to draw me to B&H Dairy, and I’ve been going there frequently ever since. The vegetarian diner looks virtually unchanged since the 1940s, with its vinyl countertop and wood framed walls, and their staff is incredibly warm. I always opt for a seat at the countertop, which is right next to the grill and frequently also filled with people who are alone and quietly eating heavenly matzo ball soup ($5-5.50) and tuna melts ($8) in the diminutive space. There’s truly no better place on this planet to disappear for a while with a book in hand and a cup of coffee in the other. 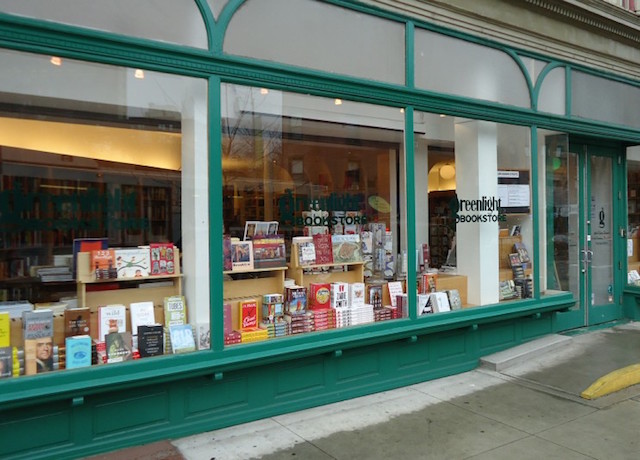 When I was a teenager, I used to spend hours reading and sitting in some corner of my neighborhood Barnes & Noble. Spending time alone at Greenlight, the snug independent bookstore in Fort Greene, brings me back to that simple pleasure of being surrounded by books, and what seemed like infinite time to read them. Greenlight has tons of titles, from fiction to cultural biographies, and I always walk out of there with something I wasn't expecting to see. There's a table towards the back left that always has a lovely selection of cookbooks, too. Unfortunately there's no place to sit inside, but there's no shortage of coffeeshops in the area for you to take your post-Greenlight haul and hang out on your own for the afternoon.

Greenlight is located at 686 Fulton Street, between S. Portland Avenue and S Elliot Place, in Fort Greene, Brooklyn, though there's now an outpost in Prospect Lefferts Gardens, too. (718-246-0200).

One of the nation’s preeminent locales for plant research, and an amazing place to get completely immersed in nature, happens to be located right in the Bronx. Standing at 250 acres, the New York Botanical Garden is the largest garden of its kind in any city in the U.S. There’s so much to see: a full-on forest, an arboretum, and a conservatory to roam through on your own. During the holidays there's a beloved train show, and the garden displays all kinds of strange gourds and "monstrous pumpkins" during the fall, if that's your thing. Strolling through the Botanical Gardens is amazing to clear the mind year-round, and perhaps one of the best ones in the city to forget that you’re in the middle of a huge, overwhelming place, if only for an afternoon. 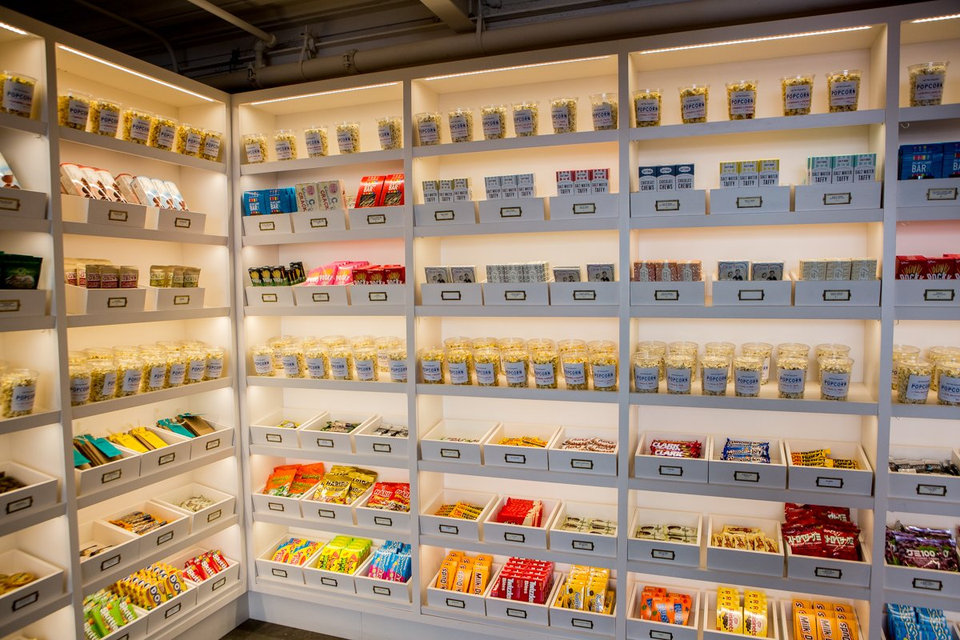 The Movies: The Metrograph

There’s a cultural stigma against seeing movies alone, to which I say... who gives a rat’s ass! I don’t. Going to the movies alone and having those few hours to myself where I’m completely immersed in the pictures—especially at one of New York’s many beautiful repertory theaters—is such a gift. The Metrograph is my favorite place to do this, due to its constant rotation of well-curated cult and long-lost films, its dreamy as hell snack wall, and the fact that it always smells amazing in there.

The Metrograph is situated at 7 Ludlow Street, between Canal and Hester Streets in Manhattan. (212-660-0312, metrograph.com)

The most underrated form of public transportation, by far, is the ferry. I mean, you can grab a snack and sit on the top deck as you zip along to your next location! It’s glorious. It costs as much as it does to get on the train, it’s never even close to being as crowded in the evenings, and you get to enjoy the sound of whipping winds instead of the thrum of city noise for a few moments. I don’t take the ferry to commute to work, so it could very well be a nightmare during the morning rush. All I know is that I 100% appreciate every single time I take it and wish I did it more.

The ferry stops at multiple locations. You can check out where at https://www.ferry.nyc

There’s no shortage of great record stores in the city that cater to crate-diggers and new music enthusiasts alike, from A1 to Academy Records. And while I love going to record stores with friends, there's something particularly special about spending some time hunting through every single stack at a good record store, and relishing privately in what I find. There’s one particularly lovely place to check out records solo for a few hours though, though, and it’s on an unassuming street in Greenpoint. Originally opened by Kemado and Mexican Summer in 2008 to sell their own records, as well as offerings from local labels, the cozy shop has become a haven for well-priced and unusual used records. Just try not to spend all of your money at once as you sift through the stacks. (Here are some of our other favorite record stores in NYC - some of them are probably still there!)

The Bar: The Windjammer

This Ridgewood institution feels like it's trapped in another time and place: For one thing, it looks like a weary, seaside establishment, replete with a fisherman’s bell and ship models. There’s always someone rolling for the dice pool (you can try your hand at it once a day), sharks at the pool table. The dive bar also frequently hosts punk shows in a gorgeous room in the back. Post up at one of the comfy bar seats, swill a frozen drink, and watch the hours melt away. 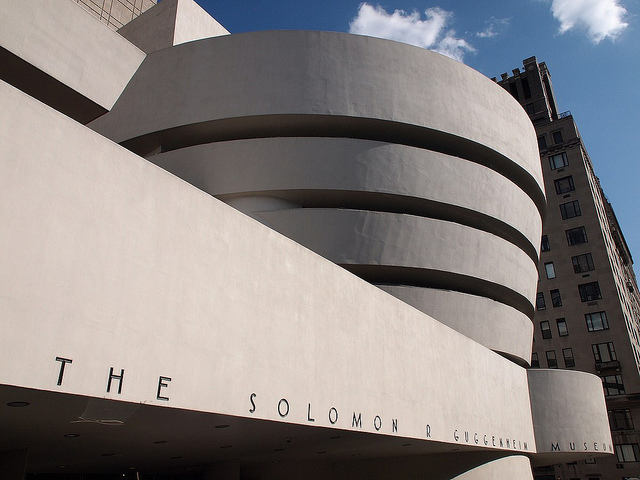 The Museum: The Guggenheim

Recently, I went to see the ongoing Hilma af Klint exhibition alone at the Guggenheim. If you haven’t seen it yet, I urge you to go as soon as you can: The gravity of these incredible, mystical paintings are only enhanced by the Guggenheim’s signature circular layout. Critic Ada Louise Huxtable famously called the Guggenheim “less a museum than it is a monument to Frank Lloyd Wright” when it opened in 1959, and that’s fair. But there’s something moving about how people move through the museum, ascending and seeing each other strangers—alone, together—across the way. It’s also an exceptionally good place for a cry if you need one!

Prospect Park brims with people year-round, particularly during the summer. It’s a wonderful park, filled with meadows, gazebos, and ponds. But it’s also a great place to spot fellow New Yorkers, and wonder how their lives led them there at that very moment. I’ll never forget the time I took a solo stroll in Prospect Park, and heard someone playing an unsettling, rumbling, single note on the saxophone (the longer the note, the more dread) while their friend was flying a drone next to them. Or the time a few years ago, when I was having such a nice late fall walk that I apparently walked right by my ex and didn’t notice (I only found out later because they messaged me on Facebook).

Prospect Park is in south Brooklyn, with multiple entrances including ones at Grand Army Plaza, Park Slope, and Prospect Lefferts Gardens. (718-965-8951, prospectpark.org)

The Place To Get Sweets: Economy Candy 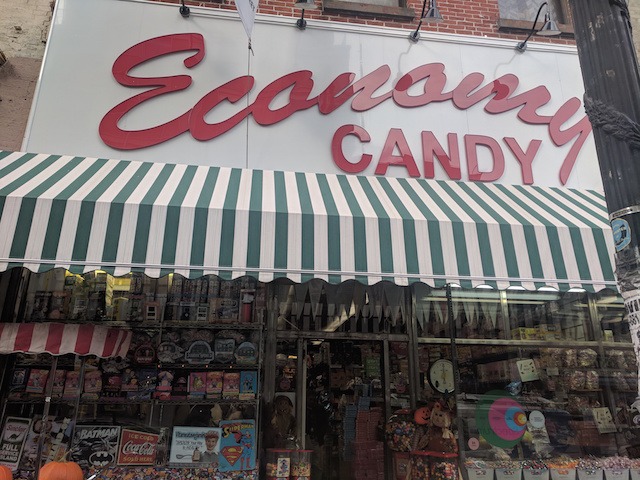 If you want get your fix of new and old-timey candy alike, make your way to Economy Candy. The shop has been a mainstay since 1937, and for good reason: There's a dizzying array of treats, local and imported alike, from blocky halva to every Milka bar under the sun. Hours of solo browsing here yields sweet rewards. (Here are some of our other favorite candy shops in NYC.)

Economy Candy is located on 108 Rivington Street, between Ludlow and Essex Streets (212-254-1531, economycandy.com)

Red Hook, in southwest Brooklyn, isn’t a neighborhood that’s terribly accessible by public transportation (the closest subway stop is Smith-9th Street, then a 20-minute walk from there). But when you get there—either by bus or ferry or the train—the neighborhood is an illuminating place for a stroll, especially down Conover Street, towards the Red Hook dock. There, you’ll find a small walkway that wraps around the harbor’s edge, and that overlooks the Statue of Liberty and Governor’s Island. Bundle up and enjoy. Bonus points if your jaunt takes you to the wonderful bar Sunny’s Bar afterwards.

The waterfront spot is roughly located at 284-290 Conover Street in Red Hook, Brooklyn.

If you, like me, find the act of karaoke (solo or otherwise) cathartic, head to Up Stairs Bar. The joint is a single-room entity, and it’s about as no-frills as it gets. Ask the bartender to look up a song for you, and they’ll had you a mic so you can even sing while sitting at the bar and nursing a beer. Up Stairs tends to get crowded on weekends, but on weekday nights there's a small, lowkey handful of patrons there to do exactly the same. 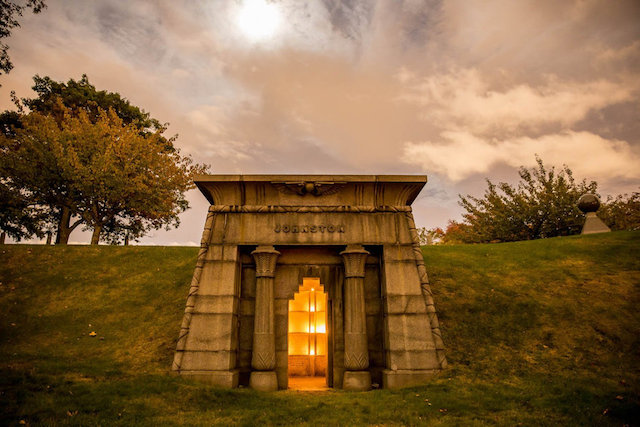 People have been laid to rest in Green-Wood Cemetery in south Brooklyn since the 19th century, back when it was erected as one of the United States’ first rural cemeteries. On a sunny day, it’s a uniquely beautiful place to walk and have a quiet moment to contemplate life and death, all winding paths and a gorgeous view of the city (to say nothing of that breathtaking gothic arch welcoming you into the place!). Clocking in at 478 acres, Green-Wood is big enough to avoid most people, save for the ones who have gone before us. Though once, I went to to Green-Wood on a solo stroll and saw a group of goth teens doing a photoshoot, an encounter that warmed my cold heart.

#alone
#best of
#guide
#original
Do you know the scoop? Comment below or Send us a Tip