The internet didn't create The Listicle, the Best Of List, or even the Let's Place A Random Number In This Headline List. That was all print. And in 1976 The New York Times printed a list titled 101 Things To Love About New York City—if it were a year later we'd assume this was a sponsored ad for the I ♥ NY campaign. Here's how it looked in print: 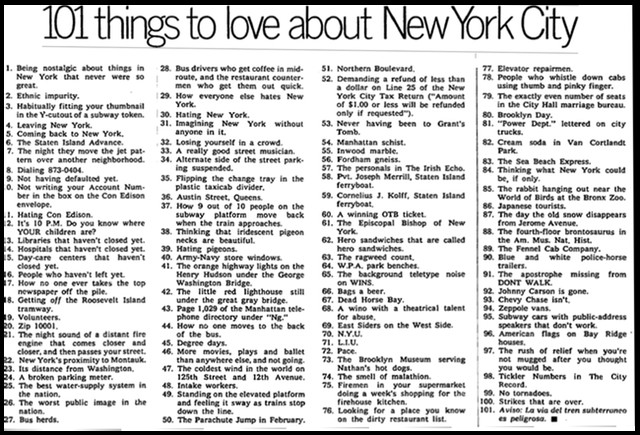 Scouting NY stumbled upon this treasure in the NY Times archives recently, and while some points are outdated ("Habitually fitting your thumbnail in the Y-cutout of a subway token") some of it is still pretty relevant! Here are a few you may relate or raise your eyebrow to:

Man, even lists were better back then... but let's not forget what point #1 insinuates: nostalgia is death. That said, visit our NYC in the 1970s archives here.